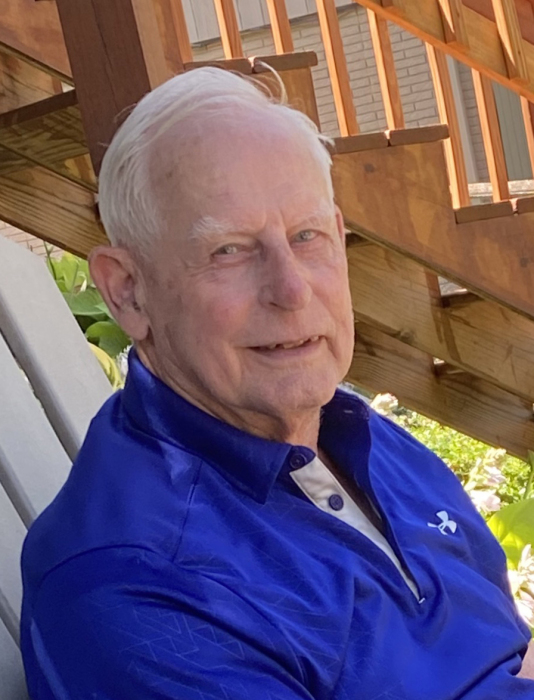 Gilbert Van Holland, son of Tom and Grace (Harmsen) Van Holland, was born November 21, 1934, at Rock Valley, Iowa. Growing up he attended Rock Valley Christian Grade School and Western Christian High School. Gilbert proudly served his country as a member of the United States Army from 1956-1958. Upon his honorable discharge from the Army, Gilbert was united in marriage with Arlene Vonk on December 26, 1958, at Rock Valley. Together the couple were blessed with 5 children: Susan, Kevin, Leslie, Nancy, and Sara. Gilbert spent 42 years working for Kooima Machine (Total Component Solution), retiring in May 2001.

Gilbert was a charter member of Trinity Christian Reformed Church where he served as a deacon, elder, and Sunday School Teacher. He also served as a Rock Valley Cadets counselor. Some of Gilbert’s joys were playing 22 years of fastpitch softball, golfing, watching the Iowa Hawkeyes, and volunteering at Justice For All.

To order memorial trees or send flowers to the family in memory of Gilbert Van Holland, please visit our flower store.