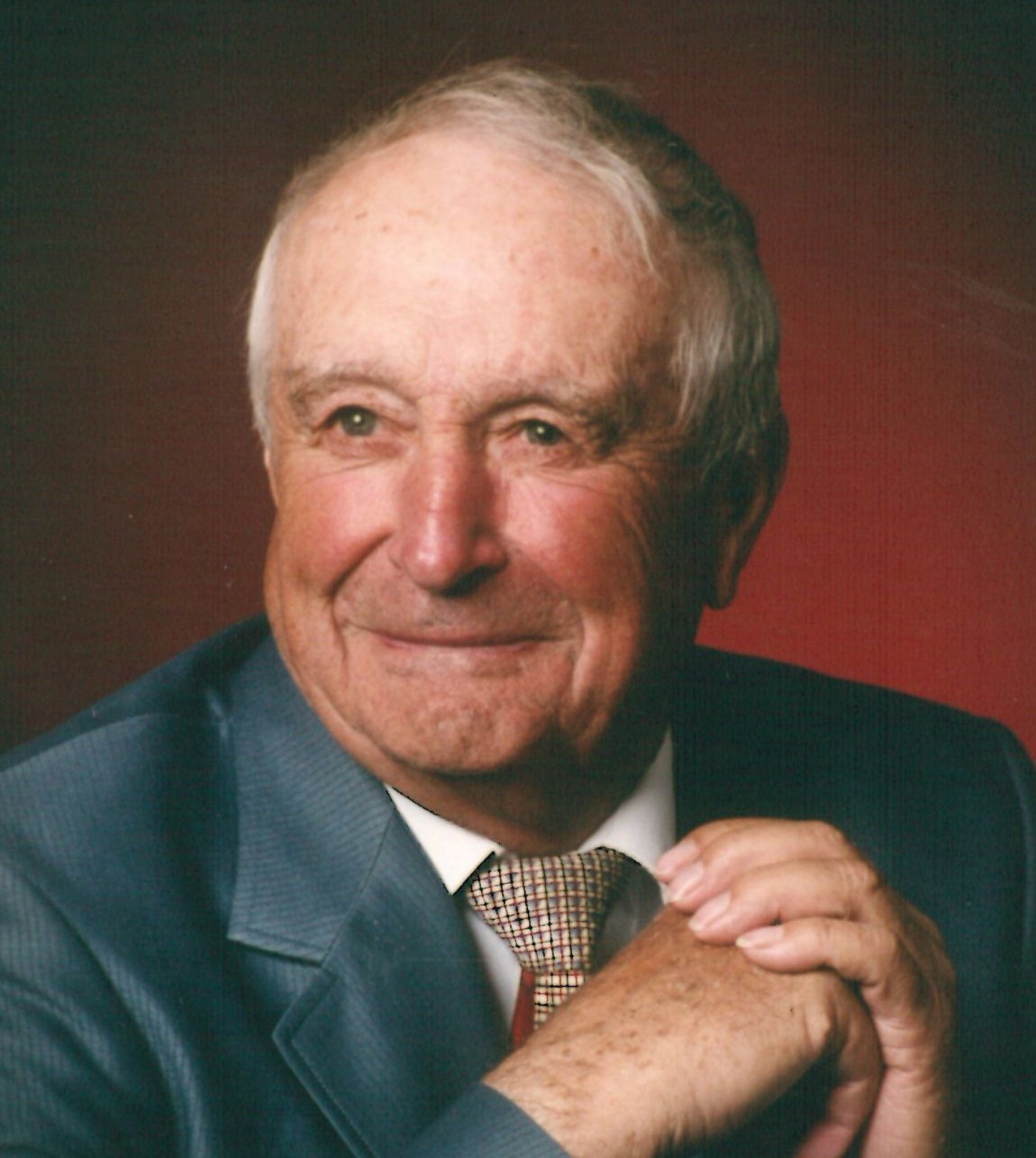 
Gordon Wesley Miller was born December 1, 1923, on the family farm in rural Rock Valley. He attended country school and graduated from Rock Valley High School. He was married to Shirley Amundson from 1953 to 1971. They had one daughter, Cathy Lu.

Gordon was a life-long farmer, but he would have preferred a profession involving reading and research. He loved to figure out how things worked and believed everything could be repaired if you could just get replacement parts. He especially enjoyed Bible studies and research involving healthy living and alternative medicine. One of his favorite things was attending auctions, searching for bargains, and bringing home projects. Don, Doug, Dave, Dan, and later Corey Winterfeld took over farming Gordon’s land when he retired. He enjoyed the role of helping them plant or harvest on occasion.

Gordon loved to dance, especially the polka. He met Mildred (Stoeckmann) Carlson, whom he married in 1986, at a dance. In addition to attending dances in the Midwest, they traveled together to many places in the United States, Central America, and Europe. He enjoyed gardening at Mildred’s home in Germantown and was spoiled by her great meals. He even learned to do some cooking himself in his 90s.

While Gordon never wanted to live in town, he surprised himself and very much enjoyed living in his condo in Sioux Center after he broke a hip in 2018. He defied the odds and walked without the use of a cane or walker after he recovered from the break until he had a stroke last year. He enjoyed getting to know his Cedar Haven neighbors and his Sunday pizza nights with Doug Winterfeld.

A storyteller at heart, Gordon’s incredible memory allowed him to share a story with almost everyone he met. For those who lived in or had a relative in Sioux County, he often gave his new acquaintances information about their ancestors they didn’t know themselves.

Gordon was preceded in death by his wife, Mildred, in 2016; his parents, Wesley and Alma (Wegner) Miller; his siblings and their spouses, Elaine and Paul Beumer and Dr. Glenn and Margery Miller. He is survived by his daughter, Cathy Lu Miller, and granddaughter, Breann Jena McIntyre, both of Saint Peter, Minnesota; Mildred’s children, Marla (Bob) Anderson-Engbrecht of Marion, South Dakota; Daniel (Sharon) Carlson of Madison, South Dakota; and Linda (Doug) Thiege of Boncarbo, Colorado; Mildred’s six grandchildren, Michael, Matthew, Brett, Michelle, Jamie, and Angela; and Mildred’s ten great grandchildren and two step great grandchildren. He is also survived by many cousins, nieces, and nephews.

Any memorials are requested to go to Peace Lutheran Church of rural Sioux Center, Iowa, where Gordon was a life-long member.

To order memorial trees or send flowers to the family in memory of Gordon Miller, please visit our flower store.