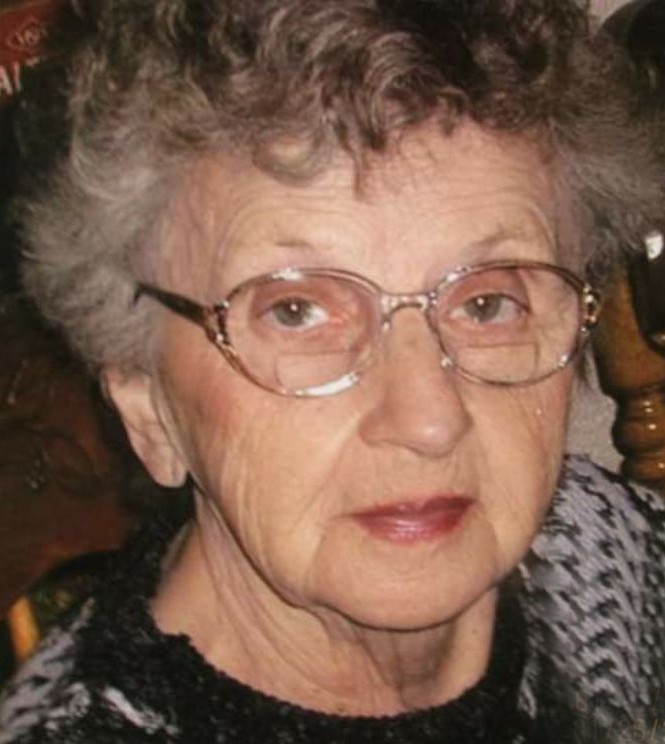 CHATSWORTH, IOWA ~ Grace Marie (Anderson) Baker-Beck, 93, of Chatsworth, formerly of Hawarden, passed away under hospice care at her home in Chatsworth on Monday, August 30, 2021.

Her family will be having a family gathering to celebrate her life at a later date. The Porter Funeral Home in Hawarden is assisting the family.

Grace was born October 16, 1927, in rural Beresford, South Dakota to Ray and Ruth (Stoen) Anderson. She was raised on the family farm. She attended Brule Grade School and graduated from Beresford High School in 1945.
She was united in marriage to Glen T. Baker from Sioux Falls, South Dakota on December 21, 1949. They lived in various states during Glen’s Naval career. To this union 5 children were born, Terry, Dara, Kim, Tom, and David.
Grace later married Fredrick “Fritz” Beck from Hawarden on August 18, 1961. They lived in Hawarden and Chatsworth areas and to this union 2 children were born, Jennifer and Lisa. They later divorced, but still remained close friends.
Grace was a seamstress and employed at other various jobs through out her life. Her most important job was being a mom, grandmother, and great-grandmother. She loved spending time in Chatsworth where her children grew up and visiting her neighbors where she lived. Grace had many friends and was called “Mom” by many of her children’s friends and others. She had a tremendous and generous kind heart and would help out anyone she could in any way, whether it be with food, a ride, or place to stay.
Grace enjoyed going to Winn Star World Casino in Oklahoma and Hard Rock Casino in Sioux City. Her most favorite was The Argosy Boat in Sioux City. She enjoyed traveling to different states when the chance arose. Grace would spend several months at a time in Texas with her children, grandchildren, and great-grandchildren.
She will be missed greatly by her family and friends, and all who knew her.
Grace is survived by her 7 children, Terry Baker of rural Beresford, South Dakota, Dara (Robert) Witzka and Kim Barkley all of Chatsworth, Tom (Tae) Baker of Killeen, Texas, David (Deb) Baker of Dunlap, Iowa, Jenny Beck of Melvin, Iowa, and Lisa (Bart) Klein of Dunlap, Iowa; 15 grandchildren; 30 great-grandchildren; and 1 great-great-granddaughter; also, many nieces and nephews, and her special fur babies, Lilly Rose and Mia Taya.
Grace was preceded in death by her parents; her sister, Jean Kelley; brothers, Dale Anderson, Don Anderson, and Merlyn Anderson; granddaughter, Amy Jean Baker; great-grandson, Keion Johnson; and son-in-law, David Barkley.
Rest in peace momma. We love you. Our memories we have of you will live on forever in our hearts.

To order memorial trees or send flowers to the family in memory of Grace Marie Beck, please visit our flower store.
Open