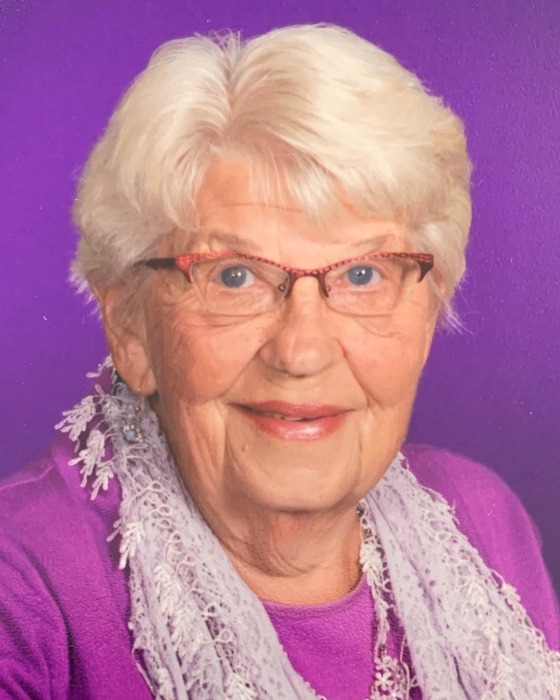 Funeral Service will be 10:30 a.m. Monday, June 7, 2021 at Hawarden Christian Reformed Church in Hawarden with Rev. Cornelius John Moss officiating. Burial will follow in Grace Hill Cemetery. Visitation with the family present will be 5:00 p.m. to 7:00 p.m. Sunday at the Christian Reformed Church. The Porter Funeral Home in Hawarden is assisting the family. Condolences may be sent to www.porterfuneralhomes.com. The funeral service will be livestreamed at view.faithwebsites.com/hawardencrc/index.cfm.

Grada Willemina Kooi was born in at home in Lebanon, Iowa to George and Greta (Vos) Kooi on November 17, 1930. She married John Van Ballegooyen on January 24, 1951 at the Lebanon Christian Reformed Church. Together they raised their family west of Hawarden in Union County, South Dakota. In addition to being a farm wife she also began working at Hillcrest in 1982. She then worked as an aide at the Hawarden Community Hospital and later as a physical therapy aide.

Grada enjoyed quilting, camping, her children, grandchildren, and great-grandchildren. She also enjoyed her garden; her dream was to put up a light pole in her garden so she could work while the rest of us slept. Her flowers were poetry and beauty in its purest form.

Grada was preceded in death by her husband, John; father and mother; and sisters-in-law, Margaret and Joan Kooi.

To order memorial trees or send flowers to the family in memory of Grada Van Ballegooyen, please visit our flower store.
Open