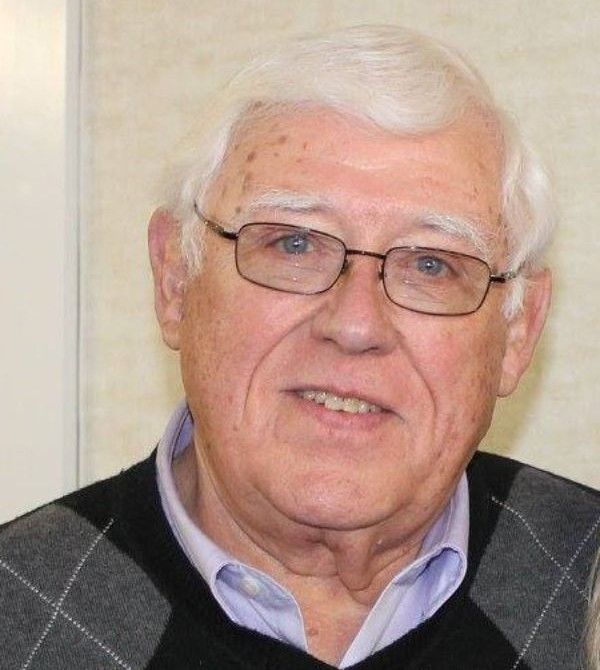 
Harold James Van Otterloo was born on November 16, 1934 in Sioux Center, IA, the son of Lane and Catherine (Duistemars) Van Otterloo. He attended Sioux Center Community School through eighth grade at which time he went to work to support his mom and brother following the death of his dad. He spent more than 70 years in the grocery business, from stocking shelves to owning and operating his own Van’s grocery stores in Rock Valley for 59 years.

Harold was united in marriage to Darlene Smit on June 21, 1955. To this marriage Michael, Kevin and David were born. Darlene was killed in an automobile accident on November 1, 1967. On August 7, 1969, Harold married Mary Jo Wobbema. To this family were added Kari and Kathy.

Harold will be remembered as a humble man who was full of integrity. He had a deep, unwavering love for the Lord and for his family. He was kind, compassionate and full of grace. He experienced unthinkable tragedy and sorrow in his life, but allowed God to use those events to bring glory to Him. Though tested, his faith did not waver. He was a patient man and fully present to the people he was with. Whether giving advice, teaching a skill or lending a listening ear, he had the gift of making you feel as though you were the only person in the world in that moment.

One of his greatest joys was watching his kids and grandkids do the things they loved - no matter what it was. Harold also loved the outdoors, including potting flowers, spending time in his own backyard, on the water or driving through the mountains.

Harold suffered a stroke in December of 2019 and much of who he was would never be the same from that day forward. His most beautiful traits remained until his last breath, including his faith in Jesus and his tender love towards his wife, kids, grandkids, great grandkids and his great-great grandson. He continued to love well and laugh hard.

Harold is survived by his wife of 52 years, Mary Jo; sons, Mike (Judy), Kevin (Letti) all of Rock Valley, IA; Dave (Beth) of Haskell, OK; Kari (Bryan) Case of Lake City, IA; and Kathy (Chris) Godfredsen of Rock Valley, IA. Survivors also include 19 grandchildren, 26 great-grandchildren, with two expected this spring, and one great-great grandchild. He was preceded in death by his parents, his first wife, his brother, Leonard Van Otterloo, and daughter-in-law, Kris Kooima.

To order memorial trees or send flowers to the family in memory of Harold James Van Otterloo, please visit our flower store.
Open