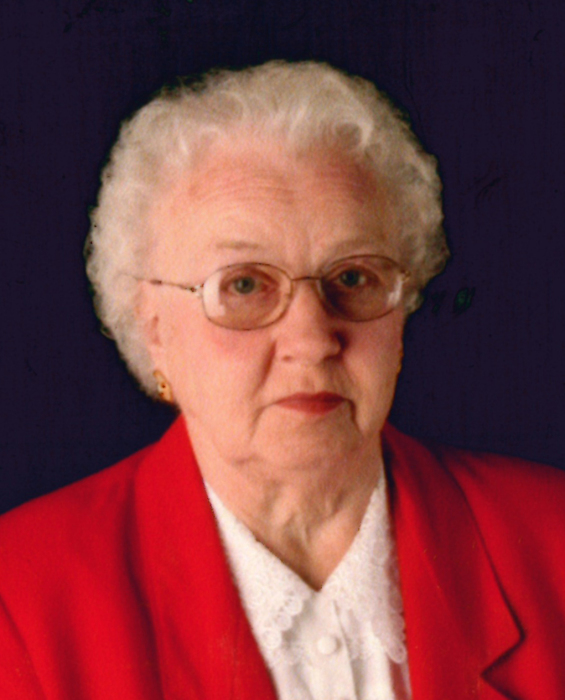 Helen Marie, daughter of Harry and Anna (Boxum) Voetberg, was born December 21, 1926 in Stickney, South Dakota. Growing up, Helen’s family moved several times. She had lived in six different communities by the time she was twenty. Helen was united in marriage with Peter Boer, Jr. on December 21, 1949 in Rock Valley, Iowa. The couple made their home on a farm near Rock Valley and to this union, five children were born; LaVerne, Harold, Joan, Wayne, and Mary. Peter died on October 22, 1978. Four years later, on November 14, 1982, Helen was united in marriage with Andrew Scholten. Together the couple made their home in Hull, Iowa. Andy died on July 19, 1999. Following Andy’s death, Helen returned to Rock Valley.

In addition to being a homemaker, Helen worked for several years for Hope Haven in the Riverview Group Home. She also worked cleaning houses in town. Helen was a talented rug maker and a good seamstress. She made many quilts over the years for her children and grandchildren and she helped sew dresses for a ministry in Haiti. Helen was an avid reader and also enjoyed crossword puzzles, word finds, and playing Scrabble. Helen attended and was a member of the Rock Valley First Reformed Church for nearly 60 years.

To order memorial trees or send flowers to the family in memory of Helen Marie (Voetberg Boer) Scholten, please visit our flower store.