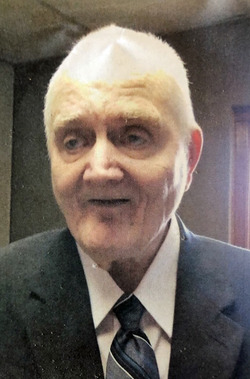 Mr. Henry Blom was born near Rock Valley, Iowa on January 3, 1934, the son of Cornelius and Marie (Van Dorp) Blom. He lived by Rock Valley and Orange City, Iowa throughout his life. Henry lived in Whispering Heights since 1992. He was employed by Hope Haven for several years. Henry was a lifelong member of the Netherlands Reformed Congregation.

Henry is survived by his sisters-in-law, Tillie Blom and Jean Blom; and brother-in-law, Gerrit Vande Hoef. In addition to his family, Henry is survived by the staff and residents of Whispering Heights whom so lovingly cared for him the last 26 plus years. He was preceded in death by his parents, Cornelius and Marie; brothers, Jake, Jim, John, Arie, and Cornie; and sisters, Marie Schmidt, Jennie Kramer, and Nellie Vande Hoef.

To order memorial trees or send flowers to the family in memory of Henry Blom, please visit our flower store.