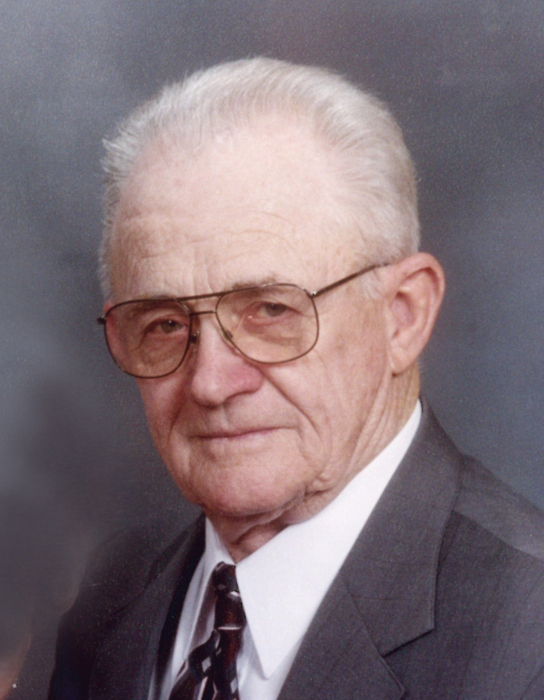 ROCK VALLEY, IOWA – Henry Feekes, 100, of Rock Valley, passed away on Friday, October 30, 2020 at the Faith Lutheran Home in Osage, Iowa, where he had resided since September 18th of this year.

The service will be livestreamed on Henry’s obituary page on the funeral home website.

In lieu of flowers, Henry’s family hopes that you will make memorial donations in his honor to the Rock Valley Food Pantry, to assist those in need.

Henry married Cynthia De Zeeuw on February 21, 1941 on the De Zeeuw Family Farm near Rock Valley, Iowa. Together they farmed southwest of Rock Valley for 42 years, until moving into town on December 12, 1982. Cynthia died September 12, 2012. Henry remained living on his own until moving to the Faith Lutheran Home in Osage, Iowa on the 18th of September 2020.

Henry was a member of the Carmel Reformed Church and after marriage became a member of the First Reformed Church in Rock Valley, where he served on the Consistory as an Elder. He was artistic, having taken first place in a county competition during the Great Depression, and still coloring pictures while living at the Faith Lutheran Home. Henry loved to fish and do woodworking, and keeping his lawn mowed and neat. He will always be remembered for saying, “I love you more”.

To order memorial trees or send flowers to the family in memory of Henry Feekes, please visit our flower store.