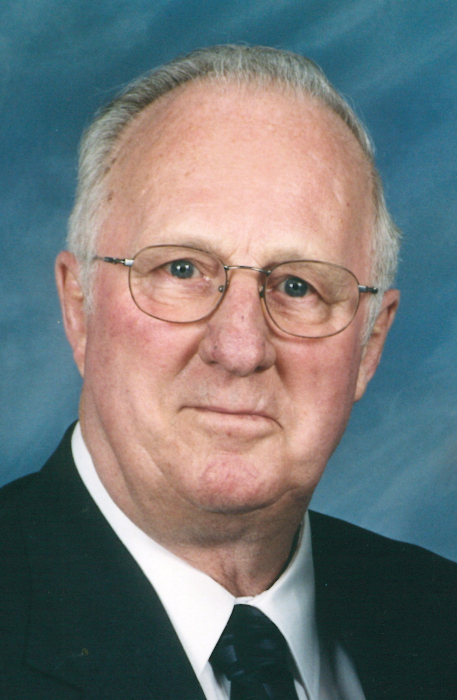 Sanborn, IA: Hilbert Vande Kamp, 92, of Sanborn, Iowa, formerly of Rock Valley, Iowa, died Tuesday, August 4, 2020 at the Prairie View Home in Sanborn. Funeral services will be held Thursday, August 13, at 1:00 PM at First Christian Reformed Church of Rock Valley with Rev. Matthew Haan officiating. Visitation and a time of fellowship with the family will follow the funeral at First CRC. Public viewing, with no family present, will be held Wednesday, August 12, from 5:00-7:00 PM at Porter Funeral Home of Rock Valley. A private graveside service with children and grandchildren will occur at Valley View Cemetery of Rock Valley on Friday, August 14. In lieu of flowers, memorial gifts received will be given to Dordt University (https://www.dordt.edu/about-dordt/giving-dordt).

Hilbert Vande Kamp, son of George and Celia (Vanden Berg) Vande Kamp was born June 7, 1928 on a farm near Sioux Center, IA.  Hilbert married Loraine (Vanden Bosch) on November 9, 1949 in First Christian Reformed Church of Rock Valley. The couple began married life in Sheldon, moved to Ireton, and settled in Rock Valley in 1960. They remained there until moving to Sanborn due to declining health. Hilbert and Loraine were married for 67 years. Loraine died January 15, 2017.

Hilbert was devoted as a husband, father and grandfather. He poured his energy into the lives of his children and grandchildren and also served as a care-giver for infants Sandra and Brenda Bakker.  Hilbert will be remembered for his love for the Lord, the church and Christian education.

To order memorial trees or send flowers to the family in memory of Hilbert Vande Kamp, please visit our flower store.