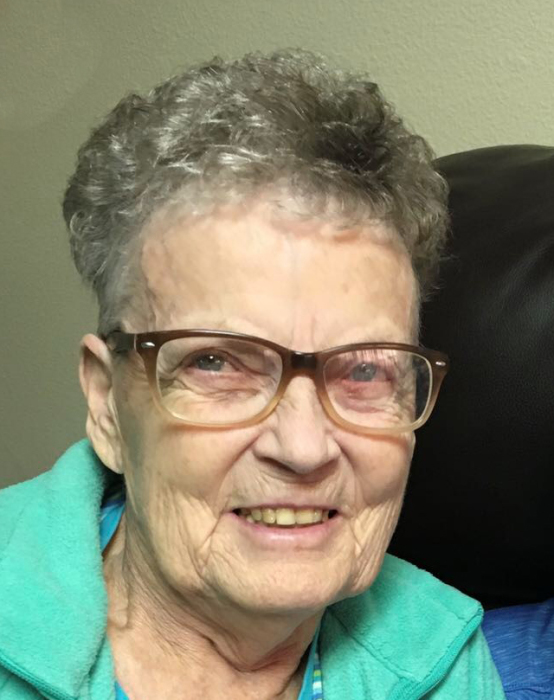 HAWARDEN, IOWA – Ihlo Marie Dirks, 87, of Hawarden, passed away on Friday, January 10, 2020 at the Hawarden Regional Healthcare in Hawarden.

Funeral Service will be 10:30 a.m. Thursday, January 16, 2020 at the Faith Lutheran Church in Orange City, Iowa with Rev. David Daumer officiating. Following a luncheon, burial will be in the Pleasant Hill Cemetery in Ireton, Iowa. Visitation will begin at noon Wednesday, with the family present from 5:00 p.m. to 7:00 p.m., with a Prayer Service at 7 p.m. at the Porter Funeral Home in Hawarden. Condolences may be sent to www.porterfuneralhomes.com.

Ihlo Marie Dirks was born September 6, 1932 to Edwin and Bertha (Kiel) Johnson on a farm outside of Alcester, South Dakota. She graduated from Alcester High School in 1950, and was the Alcester Sweetheart Queen, which she was very proud of. Ihlo worked at the local grocery store after high school.

On February 5, 1953 she married Carlyle D. “Swede” Dirks at the St. Paul’s Lutheran Church in Ireton, Iowa. Ihlo and Swede were blessed with four children, Duane, Roxann, Angela, and Steven. After marriage Ihlo and Swede lived in Hawarden, Iowa for a short time where Ihlo worked for Coilcraft. In 1969 they moved to Orange City, Iowa and raised their family. Ihlo and Swede lived on an acreage where Ihlo did daycare and then worked at K-Products until retirement. In 1989 they moved into town and in 2017 they became residents of Hillcrest Health Care Services in Hawarden

Ihlo and Swede were charter members of the Faith Lutheran Church in Orange City. Ihlo was known for being such a loving and caring wife, mother, grandmother, and great-grandmother. Ihlo and Swede went to every event their grandchildren were involved in and were very proud of each and every one of them. Ihlo was a wonderful cook, her family loved her cinnamon rolls, thin pancakes, goulash, and of course, her chocolate covered cherries at Christmas time. In 2013, Ihlo was awarded the Medal of Honor for her remarkable achievement of life with Type 1 Diabetes for 50 years.

To order memorial trees or send flowers to the family in memory of Ihlo Marie Dirks, please visit our flower store.