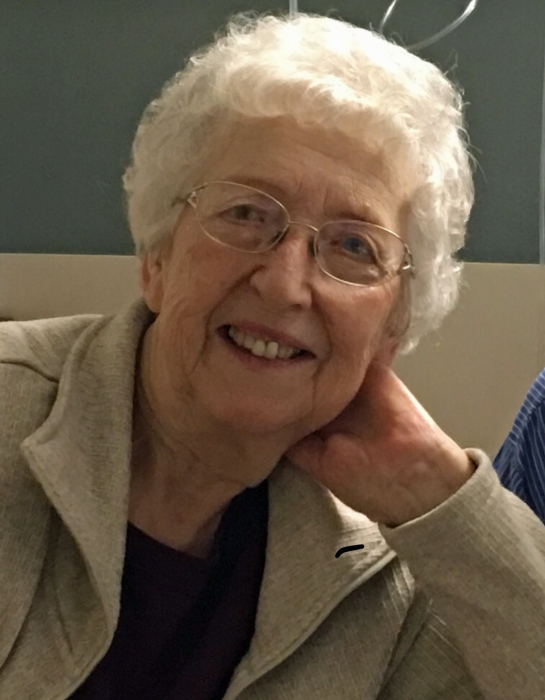 Inwood, IA: Ilene Dorothy McKenney, 88, of Inwood, Iowa, died Monday, December 23, 2019, at the Sanford Canton-Inwood Medical Center in Canton, South Dakota. Funeral services will be held Friday, December 27, at 11:00 AM at Bethlehem Lutheran Church of Inwood with Pastor John Wolf officiating. Burial will follow at Richland Cemetery of Inwood. Visitation, with the family present, will be held prior to the funeral service from 9:30-10:30 AM at the church.

Ilene Dorothy (Raanes) McKenney, daughter of Hans and Mable (Andersen) Raanes, was born in Harrisburg, South Dakota on November 1, 1931. She had four brothers and one sister. Ilene graduated from Harrisburg High School in 1949. She married Norman McKenney at the Beaver Creek Lutheran Church of rural Harrisburg, South Dakota on August 9, 1952. The couple lived in California while Norm was in the Navy. After Norm’s honorable discharge from the Navy, the couple lived in Brandon, South Dakota for 25 years prior to settling at Inwood, Iowa. The couple raised four children, Michael, Merlyn, Marlys and Mary. Ilene worked as a secretary in banking, insurance, and a wholesale company in Sioux Falls, South Dakota.

Ilene enjoyed music. As a girl, she learned to play piano by ear. She played in various programs growing up. After graduating form High School, Ilene bought an accordion. She even gave lessons after she got married.

People were especially important to Ilene throughout her life and she cherished her family and friends. Her father came from Norway when he was nineteen. In 1984, Ilene and her siblings traveled to Norway to meet her father’s family. The trip was monumental and she was so glad to meet her family there. She was always most proud of her four children, seven grandchildren, and seven great-grandchildren. Every year Ilene would look forward to hosting family and friends during Inwood’s annual 4th of July celebration.

She was preceded in death by her parents, Hans and Mable; husband, Norman; three brothers, Lloyd, Kenneth, and Ernest Raanes; and a dear friend, Bob Kielman.

To order memorial trees or send flowers to the family in memory of Ilene Dorothy McKenney, please visit our flower store.