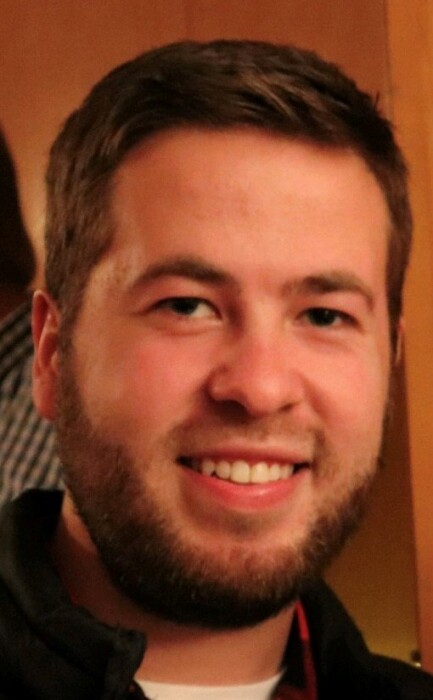 Jace William VanDenBerg of Ireton, Iowa went home to be with his Lord and Savior following an accident on Thursday, November 26, 2020 at the age of 23.

Funeral Service will be 10:30 a.m. Friday, December 4, 2020 at the St. Paul's Lutheran Church in Ireton with Rev. Michael Boothby officiating. Burial will follow at Pleasant Hill Cemetery. Masks are mandatory at the church and cemetery. Public viewing, with no family present, will be 4:00 p.m. to 9:00 p.m. Thursday at the church with masks, social distancing, and limited to 15 persons at a time. The funeral service can be viewed on St. Paul’s Lutheran Church Facebook page or YouTube page later that day. The Porter Funeral Home is assisting the family.

In lieu of flowers and gifts, the family prefers memorials be made to Remsen EMT or St. Paul’s Lutheran Church.

Jace was born in Sioux Center, Iowa on July 17, 1997 to parents Clark and Bonnie (Ostrem) VanDenBerg. He was baptized, confirmed and a faithful member of St. Paul’s Lutheran Church, Ireton. He graduated from West Sioux High School in 2016 and went on to earn a Bachelor’s degree in Ag Business at Iowa State University, graduating in 2019. The first two jobs he loved were farming and driving truck for Eisma Express. He continued doing both even after accepting employment at Iowa State Bank right out of college as an Ag Loan Officer. He was truly the Jack of all trades and was always willing to help others. When he was not working, he thrived on spending time with his family and his friends and being part of a brotherhood that no one could really understand except those who were in it. No matter what Jace was doing, he always found a way to smile and to laugh and to share joy with those around him. He was a man of few words but the way he lived his life spoke volumes of his character and integrity. Young and old enjoyed spending time with Jace. His hilarious and sarcastic remarks will never be forgotten!

He was preceded in death by his grandfathers, Arnie Ostrem and Knobby VanDenBerg.

Blessed be his memory, never to be forgotten.

To order memorial trees or send flowers to the family in memory of Jace William VanDenBerg, please visit our flower store.