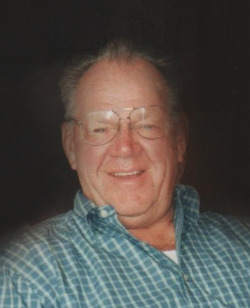 Funeral Service will be 11:00 a.m. Friday, September 1, 2017 at the Inwood Christian Reformed Church in Inwood, Iowa with Rev. Sam Krikke officiating. Burial at the Richland Cemetery will follow the luncheon. Visitation with the family will be from 5:30 p.m. to 7:30 p.m. Thursday at the church, and an hour prior to the funeral. The Porter Funeral Home is assisting the family. Condolences may be sent to www.porterfuneralhomes.com. The family prefers memorials be directed to the Inwood Christian Reformed Church Evangelism.

Jacob James “Jake” Van’t Land was born at home on June 3, 1935 in Rock County, Minnesota, the son of John and Johanna (Juffer) Van’t Land. He attended several country schools, first near Lester, Iowa and then near Inwood, Iowa and then the Inwood Christian School for grades 7th and 8th. He graduated from the Inwood Public High School in 1954. He worked for a road crew from 1955-1956. In the fall of 1956 he went to Northwestern Electronics in Minneapolis, Minnesota and then worked for Remington Rand. Jake married Carolyn Osenga on July 1, 1960 in Minneapolis. They made their home in Richfield and later in Edina. Jake was employed at Cedar Engineering/Control Data from 1957-1987. They moved to Oklahoma City, Oklahoma for two years, where he worked at Premier. They then returned to Edina, Minnesota. They moved to Inwood in October of 1991.

Jake was an active member of the Christian Reformed Churches both in Minneapolis and Inwood. He had served as an Elder, on building committees and with sanctuary expansion in the churches.

Jake was preceded in death by his parents.

To order memorial trees or send flowers to the family in memory of Jacob "Jake" "Jake" Van't Land, please visit our flower store.