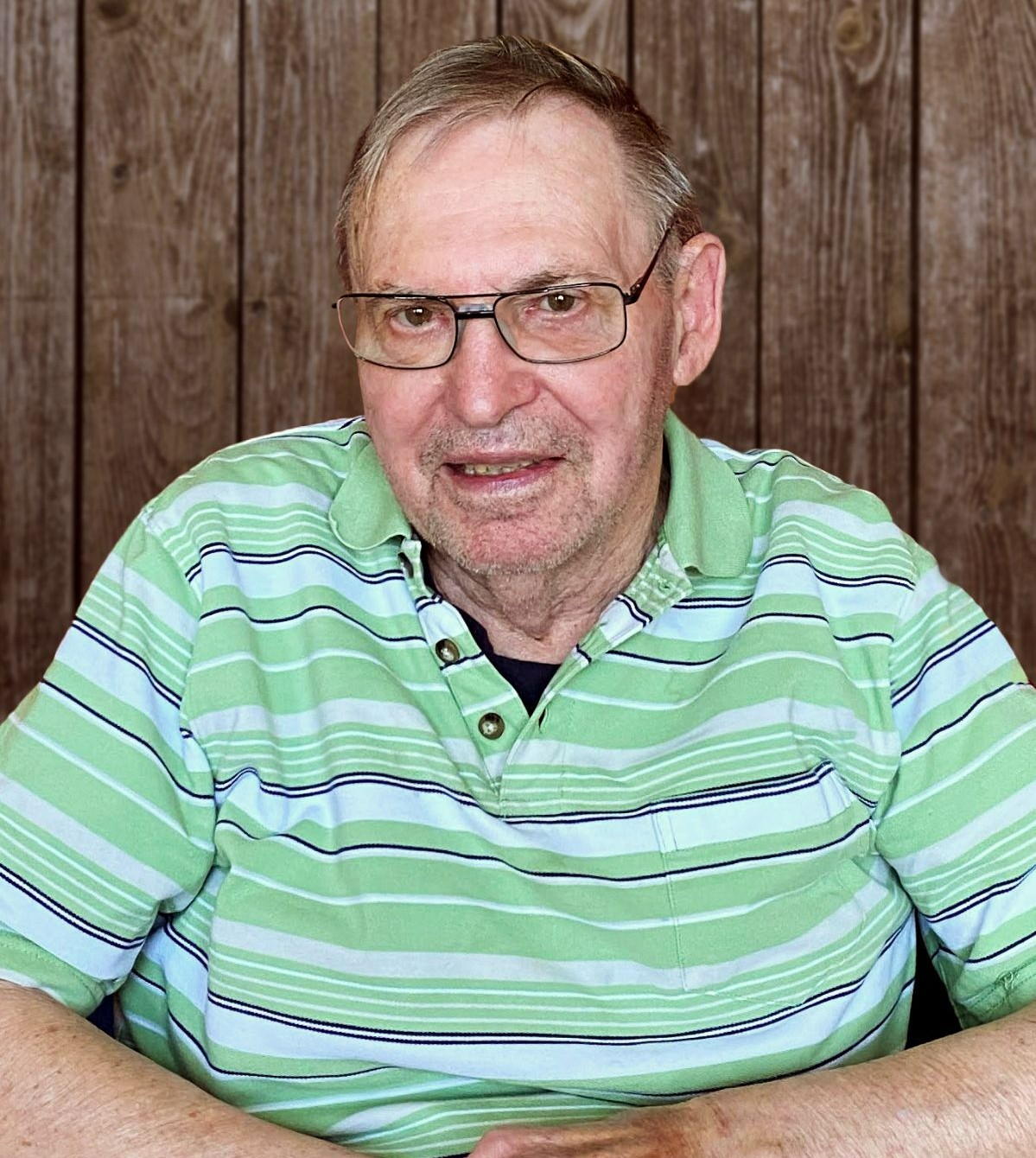 Doon, IA: James Anthony Kelly, 82, of Doon, Iowa died Monday, November 21, 2022, at Whispering Heights in Rock Valley, Iowa. Mass of Christian Burial will be held Saturday, November 26, at 10:30 a.m. at the St. Mary’s Catholic Church, Rock Valley with Father Mauro Sanchez and Father Douglas Klein officiating. Burial, with military rites, will be at St. Mary Cemetery, Alvord, Iowa. A life celebration service will be held Friday, November 25, at 6:00 p.m. and a visitation, with the family present, will follow from 6:30 to 8:00 p.m. at Porter Funeral Home of Rock Valley.

Jim Kelly was born July 4, 1940, to Ralph and Minnie Kelly in Rock Rapids, Iowa. He attended country school through eighth grade and graduated from Alvord High School. He joined the South Dakota Army National Guard, 147th Field Artillery, in 1958, attending six months of boot camp in the U.S. Army at Fort Leonard Wood, Missouri. He then started college at the University of South Dakota, but in August 1961, he was called to 12 months of active duty at Fort Sill, Oklahoma, in response to East Germany building the Berlin Wall. Upon his unit’s return from active duty in 1962, he continued as an active Guard member until he was honorably discharged. He also returned to USD and earned his Bachelor of Science degree in Biology, graduating in 1965.

Jim taught science one year at Oelwein, Iowa, and two years at Central Lyon School, Rock Rapids, before concentrating on his passion for farming. He also did purebred cattle auctioneering, including at the Sioux City Livestock Yards. He served on boards of the Iowa Simmental and Charolais Cattle Associations.

He married Verdona Hoek on June 9, 1972, at Sacred Heart Catholic Church, Alvord, Iowa, and they settled on the Kelly family Century Farm, where they raised crops, hogs and cattle. He served as president of the Lyon County Cattlemen’s Association for one year and volunteered his auctioneering skills at fundraisers for Alvord Christ Lutheran Church, West Lyon FFA and Fellowship Village. Jim also served on the Farmers Elevator board of directors. During the 1980’s farm crisis, he worked as a farm manager at what is now US Bank in Rock Rapids. Jim was a member of Sacred Heart Church, Alvord, where he served as a lector, distributor and parish council member, until the church closed in 2010 and he became a member of St. Mary’s Church, Rock Valley. Following a diagnosis of Parkinson’s Disease, Jim retired from farming in 2016 and enjoyed retirement years of “hobby farming,” and spending time with family and friends. He also took up boxing at Rock Steady Boxing, an exercise program for those with Parkinson’s Disease, at the Inn on Westport in Sioux Falls, South Dakota. In June of 2019 he moved into Whispering Heights in Rock Valley.

Jim loved the gifts God provided him, from caring for the farm animals and land to sharing his knowledge and quick wit. He loved his caretakers, had interesting nicknames for several of them, and liked to joke with them. He enjoyed spending time and laughing with friends and family. He was so proud of his children and grandchildren and felt blessed to be called Dad and Grandpa. Most of all he loved Verdona and was glad when she said yes to marrying him. Her steady faith and love enriched his life as his has also enriched hers. Their love lives forever.

He was preceded in death by his parents, Ralph and Minnie Kelly; parents-in-law, Marvin and Marie Hoek; and brother-in-law, Bill Smith.

To order memorial trees or send flowers to the family in memory of James Anthony Kelly, please visit our flower store.
Open