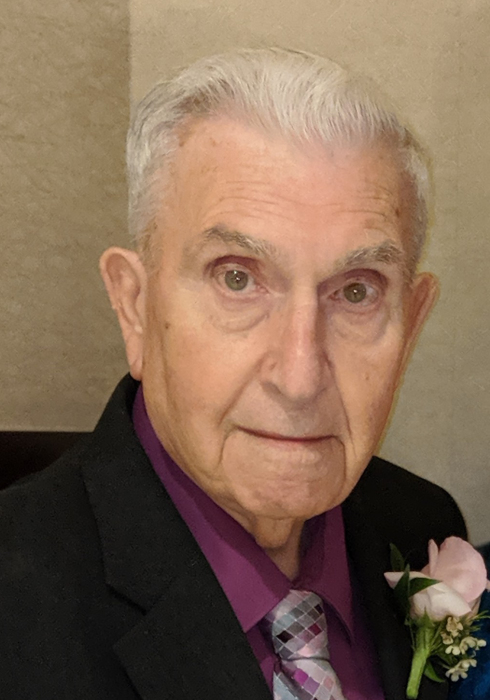 Rock Valley, IA: James Roger Van Berkum, 85, of Rock Valley, Iowa, succumbed to cancer surrounded by his family on April 21, 2020. A private family graveside service will be held at St. Mary’s Catholic Cemetery with Father Douglas Klein officiating. Public viewing will be held Friday, April 24 from 11:00 AM – 2:00 PM at Porter Funeral Home of Rock Valley. Due to the COVID-19 pandemic, public viewing will be limited to 10 people at a time, practicing social distancing.

Jim loved sports, especially the local community high school basketball team. He enjoyed watching baseball, football, golf and just about anything sports on TV. James also liked to golf and fish and he passed his love for sports, golfing and fishing down to his kids and grandkids. Jim served our country as a Corporal in the Marine Corps, he was also a Second Lieutenant in the Army National Guard. Jim held a career in law enforcement starting in 1983 as a police officer for the City of Rock Valley. In 1986, he was promoted to Chief of Police and he retired on December 31, 1996.  Following his retirement from the City, James and Dee managed the Rock Valley Golf Club for a few years.

Jim was a member of St. Mary’s Catholic Church. A special thank you to Father Klein, the Rock Valley health professionals and Sioux Center Health Hospice for their loving care and support during his final days.

To order memorial trees or send flowers to the family in memory of James Roger Van Berkum, please visit our flower store.