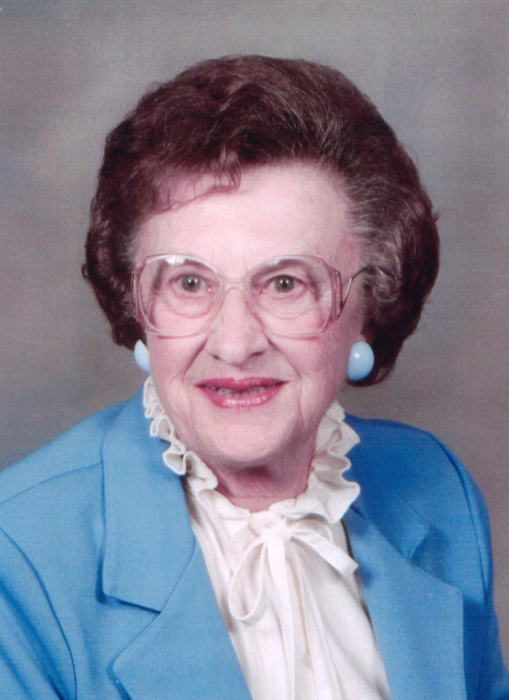 Jean Elois Klemp, daughter of Louis and Gladys (Heisig) Elbert, was born December 4, 1921 at Rock Valley, Iowa. After completing her high school in Rock Valley, Iowa, Jean taught in a one room schoolhouse in Sioux Township, Sioux County, in Lyon County for five years and Manchester, Iowa, for four years. She attended Iowa State Teachers College in Cedar Falls, Iowa during the summer. Later in life she worked as a bond underwriter at Reliance Insurance Company.

Jean married August Klemp in 1948. They lived in Milwaukee, Wisconsin for a year and then moved out to Elm Grove, Wisconsin where they built their own Lannon stone home. The couple moved to the Johnson County area of Kansas City in 1957. August died in 1993. In 2007, Jean moved to Topeka, Kansas to be near her daughter. Jean was a loving wife, mother, and friend who would do anything to help others. She was loved dearly by her family and will be deeply missed.

Jean was preceded in death by her parents, Louis and Gladys Elbert; husband, August Klemp; and sister, Dorothy Schulenberger.

To order memorial trees or send flowers to the family in memory of Jean Elois Klemp, please visit our flower store.