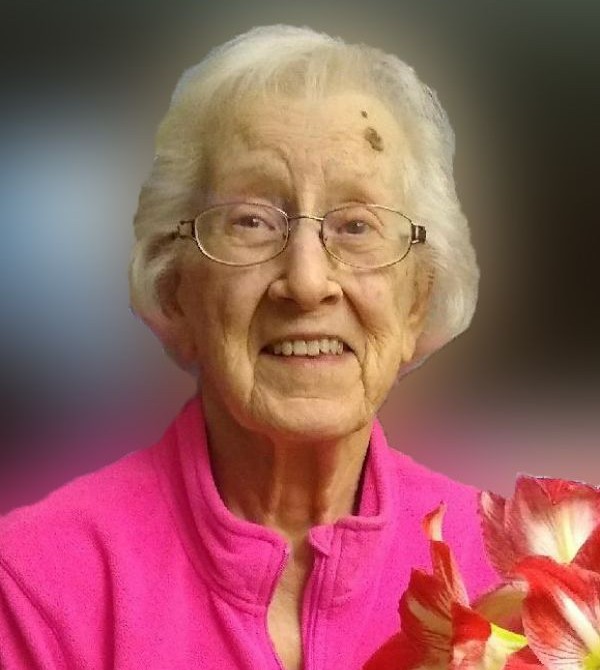 Memorials may be given to Hegg Home Health Care of Rock Valley or Sioux Center Home Health And Hospice.

Jeanette Eleanor Van Oort, daughter of John and Gertie (Franken) Bobeldyk, was born May 17, 1923. She grew up around Inwood, Iowa and attended school through the 8th grade. She met the love of her life, Albert Van Oort, and following Albert’s return from World War II the couple was united in marriage at Inwood, Iowa on March 15, 1946.

The couple made their home in Rock Valley, Iowa where they managed the Council Oak Grocery Store. After their time at the grocery store, Albert became a Standard Oil Bulk Tank Agent and Janet would work dispatch sending him out to the different customers. Janet’s most rewarding career was that of a homemaker. She loved caring for her family. Janet was an excellent cook, pie baker, and seamstress; making many of her daughters’ clothing herself. Her care extended beyond her own family too as she babysat several children over the years.

In addition to her love of family, Janet also had many enjoyments over her lifetime. She liked bowling, crossword puzzles, Scrabble, gardening, and cheering on the Minnesota Twins and Iowa Hawkeyes. Janet was a longtime member of the First Reformed Church of Rock Valley.

To order memorial trees or send flowers to the family in memory of Jeanette "Janet" Van Oort, please visit our flower store.
Open