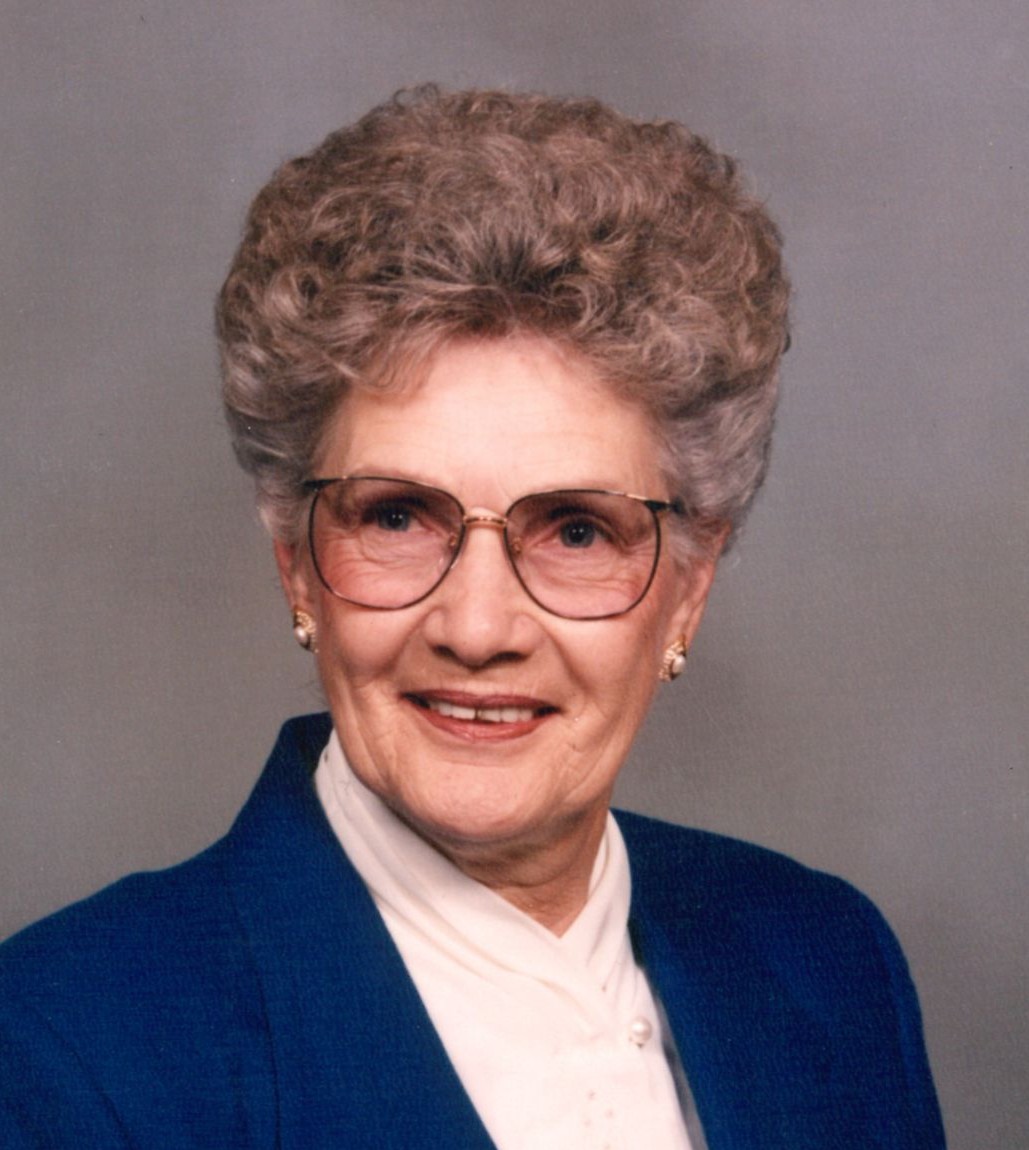 Doon, IA: Jeanette D. Lems, 95, of Doon, Iowa, died Friday, August 12, 2022, at Whispering Heights in Rock Valley, Iowa. Funeral service will be held Tuesday, August 16, at 2:00 PM at Doon United Reformed Church with Pastors Shane Lems, Todd De Rooy, and John Vermeer officiating. The service will be livestreamed at http://www.sermonaudio.com/doonurc. Burial will follow the service at Hillside Cemetery of Doon. Visitation, with the family present, will be held prior to the funeral from 1:00-2:00 PM at Doon URC.

Memorials may be given to the family to support Christian Education or to Sioux Center Home Health and Hospice. Porter Funeral Home of Rock Valley is assisting the family with arrangements.

Jeanette Della Lems, daughter of Henry and Tena (Drost) Kelderman, was born March 17, 1927, at Colton, South Dakota. She attended country school through the 8th grade in South Dakota. Jeanette and her family then moved to Hull, Iowa to farm and she attended and graduated from Western Christian High School. Jeanette went on to receiver her teacher’s certificate from Westmar College in LeMars, Iowa. She taught country school by Doon, Iowa for one year. Jeanette met her sweetheart, Garrett Lems and the couple was united in marriage on September 10, 1947 at Rock Rapids, Iowa. Born to this union was Audrey, Clyde, and Alan. Together the family made their home in Doon where Jeanette was a homemaker and also helped at the family business, Lems Auto Recyclers. Garrett died on December 10, 2017. Jeanette continued living in Doon until moving to Whispering Heights in Rock Valley, Iowa in the spring of 2022. Jeanette was a member of the Doon United Reformed Church.

Jeanette is survived by her 3 children, Audrey Plasier, Clyde (Carol) Lems, and Alan (Lynette) Lems, all of Doon; 7 grandchildren; 19 great-grandchildren; sister-in-law, Audrey Kelderman; and many nieces and nephews.

To order memorial trees or send flowers to the family in memory of Jeanette Della Lems, please visit our flower store.
Open