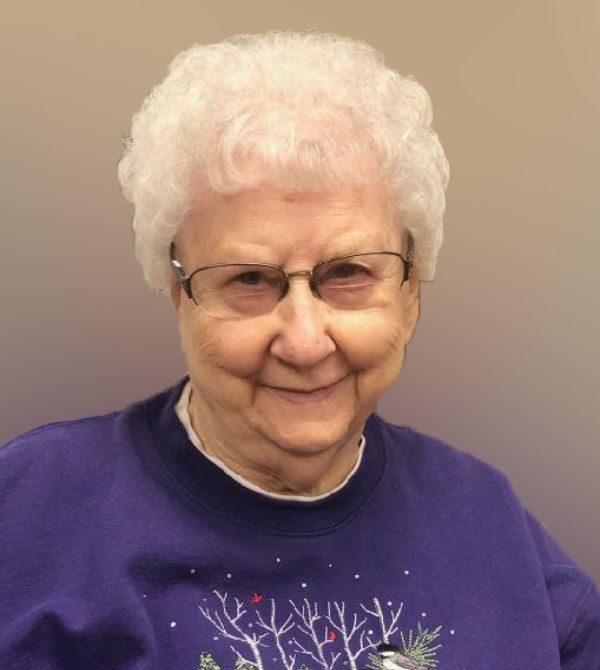 Sheldon, IA: Jeneva Coulander, 90, of Sheldon, Iowa, formerly Ireton, Iowa, died Saturday, August 20, 2022, at Sanford Sheldon Care Center. Funeral service will be held Saturday, August 27, at 10:30 AM at the First Reformed Church of Ireton with Rev. Gerald Norman officiating. Burial will follow the service at Pleasant Hill Cemetery of Ireton. Visitation, with the family present, will be held prior to the funeral from 9:00-10:00 AM at the church. Porter Funeral Home of Ireton is assisting the family. The funeral service will be livestreamed at  http://www.iretonfirstreformed.com/watch--listen.html.

Condolences for the family may be left at www.porterfuneralhomes.com. In lieu of flowers, the family requests memorials to be given to the New Life Treatment Center.

Jeneva Coulander, daughter of Cornelius and Jennie (De Groot) Schipper, was born August 3, 1932, at Sioux Center, Iowa. Jeneva grew up in Ireton, Iowa where she attended school; graduating in 1950. A year later, on June 19, 1951, Jeneva was united in marriage with Cornelius J. Coulander at Hawarden, Iowa. The couple made their home in Ireton where they raised their 4 children, Cindy, Brenda, Todd, and Cory. In addition to caring for the family, Jeneva, along with Cornie, enjoyed helping for several years at Dow Funeral Home and later Porter Funeral Home in Ireton. Cornie died in 2003. Jeneva continued living in Ireton until moving to Fieldcrest in Sheldon, Iowa and later the Sanford Senior Care Center in Sheldon.

Jeneva was the quintessential homemaker. Her home always looked nice, as did she, and her cooking was amazing. Her children and grandchildren especially enjoyed her chocolate chip cookies! Jeneva loved her family and always “lit up” every time they could all be together. She also had a love for cardinals. Jeneva was a member of First Reformed Church of Ireton.

To order memorial trees or send flowers to the family in memory of Jeneva Coulander, please visit our flower store.
Open