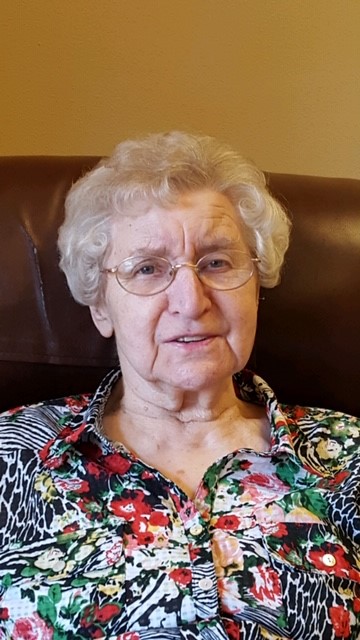 Funeral Service will be 11:00 a.m. Tuesday, March 3, 2020 at the Bethlehem Lutheran Church in Inwood with Rev. John Wolf. Burial will be at a later date at the Rose Hill Cemetery in Clark, South Dakota. Visitation with the family will be from 10:00 a.m. to 11:00 a.m. prior to the funeral service at the church.

Jennie Henrietta Burgers was born July 12, 1924 at Hudson, South Dakota, the daughter of George and Wilma (Zeilstra) Burgers. She attended school through the 8th grade. As a young adult she would help neighbor’s with childcare. Jennie married Adrian Mulder in 1944. They parted ways in 1963. She then was employed at West Lyon School in the kitchen area. Jennie lived most of her life in Larchwood, Iowa until she married Clinton Clark in 1973, and then made her home at Clark, South Dakota. Jennie became a part of the Silver Tip Fur Ranch, helping feed the animals, turning hides, bottle feeding, and serving many meals to truck drivers delivering supplies. While living in Clark they attended the United Methodist Church. She and Clinton were very active with the Historical Society and they were major contributors in the building of the new Clark Medical Clinic. Clinton passed away in 2011 and Jennie moved to the Primrose Retirement Center in Sioux Falls, South Dakota in 2012. She became a resident of Fellowship Village in Inwood, Iowa in June of 2019.

Throughout her life she enjoyed making patchwork quilts, crafting, and making doll clothes. She was an active member in her church as a Sunday School teacher and the Ladies Groups.

To order memorial trees or send flowers to the family in memory of Jennie H. Clark, please visit our flower store.