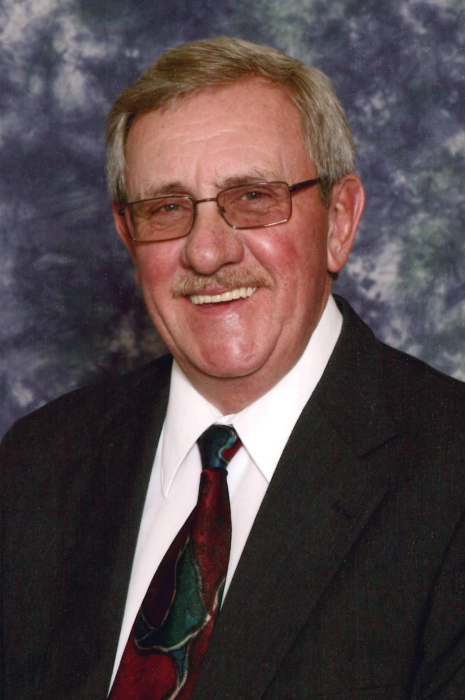 Due to state and federal guidance on gatherings due to the COVID-19 pandemic, the family will not be having a public memorial at this time.  A private family graveside service will take place on Saturday, April 11th at the Grace Hill Cemetery in Hawarden with Rev. Joshua Lowe of the Trinity Lutheran Church, LCMS of Hawarden officiating. Public viewing, with no family present, and limited to 10 people at a time practicing social distancing, will be at the Porter Funeral Home in Hawarden from noon to 6:00 p.m. Friday, April 10, 2020. Condolences may be sent to www.porterfuneralhomes.com.

John Breugem was born May 17, 1950 at Hudson, South Dakota, the son of Henry and Sadie (Keizer) Breugem. He grew up on a farm west of Hudson attending the East View country school. He graduated from Hudson High School in 1968. John married Janene Jamtgaard on August 21, 1970 and they lived in Kansas for 4 years while John served in the US Air Force. They moved to Hawarden, Iowa and John was employed at Dubuque Pack in Le Mars for 10 years. He then worked as an electrician and plumber for Jack’s service in Hawarden for 23 years. John retired in 2010 and began working for Central Catering delivering food to many senior centers in northwest Iowa.

John was a member of the Trinity Lutheran Church, LCMS in Hawarden. He was an extremely devoted family man who always put his family first. He had a strong work ethic and always found a way to make things work. John dearly loved his granddaughters and treasured his time with them. He also enjoyed the long road trips he took with his beloved wife over the years. He had a great sense of humor and loved giving people a hard time, whether he knew them for years or just met them!

John is survived by his two children, Jenifer Olsen and her husband Tom and their child Malorie Kleinhesselink and her special friend Michael Von Bank of Orange City, Iowa and JP Breugem and his wife Holly and their child Emma of Hawarden; his siblings, Martha Beer of Canton, South Dakota, Jim Breugem and wife Zoe of Tuscaloosa, Alabama, Gert Scott and husband Eldred of Galt, California, Margie Jager of Rock Valley, Iowa, and Millie Sorlye and husband Ron of Hawarden; brothers-in-law, Dennis Jamtgaard and wife Paula of Grand Rapids, Minnesota and Darold Jamtgaard and wife Diane of Naples, Florida; sister-in-law, Judy Bultman of Le Mars, Iowa; and many nephews and nieces.

To order memorial trees or send flowers to the family in memory of John Breugem, please visit our flower store.