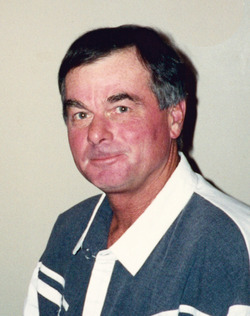 Mass of Christian Burial will be 10:30 a.m. Saturday, August 11, 2018 at the St. Mary’s Catholic Church in Hawarden, Iowa with Father Sunny Dominic officiating. Burial will follow in the Grace Hill Cemetery in Hawarden, with military rites conducted by the Bergstrom Bodeen Post #128 of Hudson. Visitation with the family will be from 5:30 p.m. to 7:00 p.m. Friday at the St. Mary’s Catholic Church. The Porter Funeral Home in Hawarden is assisting the family. Condolences may be sent to www.porterfuneralhomes.com.

John William Burke was born December 3, 1946 in Hawarden, Iowa, the son of Clifford and Hazel (Smith) Burke. He graduated from the Hudson, South Dakota High School and served with the United States Navy from July 1964 to September of 1967. John received a bachelor’s degree from the University of South Dakota. Following his college, John returned to the Burke family farm near Hudson to farm. He drove truck for Agri Steel in Hawarden for over 15 years.

John served as the Finance Officer for Eden Township and was active with the USD Alumni Association. He was also a member of the Roman Catholic Church. He enjoyed being outside where he could garden or fix things. He also would make his daily trip to Casey’s for coffee. John loved spending time with his family, especially his grandchildren.

John was preceded in death by his parents, Clifford and Hazel; brother, Michael; daughter, Mary; and sister-in-law, Deloris Burke.

To order memorial trees or send flowers to the family in memory of John Burke, please visit our flower store.