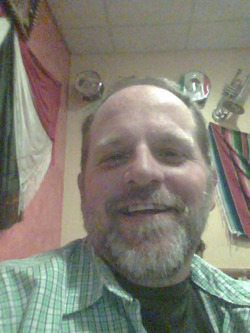 He met Paula Sullivan July 11, 1986 and was married January 31, 1987 in Akron, Iowa. They shared a wonderful life together and made their home in Hawarden, Iowa. John spent time in the Army Reserve in 1987.

John was a very hardworking truck driver and spent his life dedicated to his work. He loved working on cars and watching racing. John was an avid Dallas Cowboys fan, and he could be heard a mile away if it was a good game. He was a fierce friend, and a wonderful father and husband. John was well known for his storytelling and straight-up honesty. You always knew what he was thinking because he was sure to tell you the truth.

He is survived by his wife Paula of 30 years; his two children, Shelby and Cody Kiers of Hull, Iowa, and Jayce Harkness of Hawarden, Iowa; one beloved granddaughter, Isabelle Kiers; his parents Paulene Harkness of Pierce, Nebraska and Terry Harkness of Lennox, South Dakota; his siblings, Paul Harkness, and James and Wendy Harkness both of Vermillion, South Dakota, and his sister, Theresa and Roger Salazar of Medford, New Jersey; many brothers and sisters in-law, nieces and nephews, extended family, and friends. He will be deeply missed.

He was preceded in death by his grandparents, Donald and Helen Harkness and Lewis and June Peterson; his father-in-law Phillip Sullivan, and a very dear friend Richard Mulder.


To order memorial trees or send flowers to the family in memory of John Harkness, please visit our flower store.