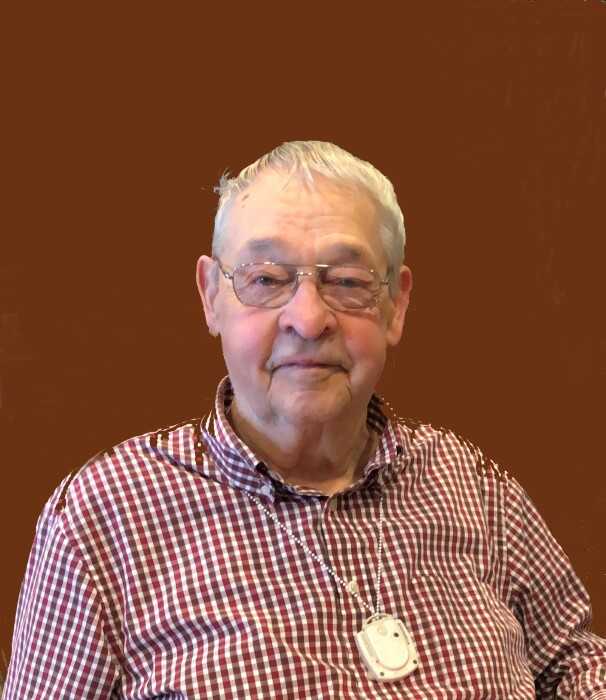 John E. Harmelink, 90, of Sioux City, Iowa, formerly of Rock Valley, Iowa, passed into the arms of Jesus on November 21, 2020, at Countryside Health Care Center, Sioux City, Iowa.  A private funeral service will be held at Faith Reformed Church in Rock Valley, Iowa at 11am on Wednesday, November 25, followed by interment at Valley View Cemetery in Rock Valley.  A public visitation with no family present will be held from 2 to 7pm on Tuesday, November 24, at Porter Funeral Home in Rock Valley.  Masks are required at the visitation.  The funeral service will be livestreamed on www.faithrv.com.  Memorials may be directed to Hope Haven International Ministries.

John Erwin Harmelink was born on August 29, 1930, in Rock Valley’s first hospital.  His parents were Gerrit and Minnie (Van Eldik) Harmelink.  The family lived on the edge of Rock Valley, and John attended Rock Valley Public School, graduating in 1948.  He then spent two years at Iowa State University, majoring in Agricultural Education.  On April 2, 1951, John joined the US Navy for a four-year enlistment, serving largely at Naval Submarine Base New London in Connecticut.  After release from active duty, he spent one semester at Central College in Pella, Iowa.

John was united in marriage with his high school sweetheart, Margie Kramer, on March 15, 1955, at First Reformed Church in Rock Valley.  John and Marge purchased a farm west of Rock Valley a year later, and lived there until 2019.  They raised livestock and crops.  When John was no longer actively farming, he focused on a large garden with Neal Feenstra, raising tomatoes and giant pumpkins, and tending chickens.  Over the years many, many friends and family members spent time visiting at the farm.  He was a gifted conversationalist, and never knew a stranger, at least not for long.

They owned and operated Rock Valley Sales Co as a livestock auction barn, and later built a successful hay and straw auction.  John was an accomplished auctioneer, and also sold real estate.  He was the keynote speaker at the National Hay Convention in Milwaukee, WI, and notably got the audience’s attention by opening his remarks with a live auction call.

John was introduced to harness racing by a friend of the family, Pete Vander Velde, in the early 60’s.  He actively trained and drove racehorses for the next almost 30 years, mainly on the fair circuit in Iowa and Minnesota.  He also announced many races, and was a credentialed Presiding Judge for Iowa fair racing.  He was a long time member of the United State Trotting Association.  He had fun with the names of his racehorses, his favorites being horses named after friends or family members.  Notable were Gary the Great, Martin Buckley, Minda J, Mama Marge, Al Pruis, Charla Beth and Jeremiah Judge.  Among his favorite racing memories were taking the family to Winnipeg, Manitoba, to watch Gary the Great win going four wide at Assiniboia Downs;  watching Al Pruis chart his first win at Humbolt, Iowa;  and having all the local horsemen come to the farm on Saturdays in the spring and early summer to train horses together.

John was a member of Faith Reformed Church in Rock Valley.  He was a Sunday School teacher, and he and Marge represented their church at a missions conference at Hofstra University in New York.  They also traveled to Vietnam with Hope Haven International Ministries to distribute wheelchairs.

John loved Rock Valley, and served as the general chairman for two of Rock Valley’s events--the Diamond Jubilee in 1955 and the Centennial celebration in 1979.  He was also a member of the local American Legion.  He was a member of the basketball team when in high school, and always rooted for the local school sports teams, attending as many games as possible.  When mobility challenges made attending live games difficult, he and Marge would listen with rapt attention to the broadcast of the games on KVDB radio.

He frequented the Rock Valley Public Library, and was a voracious reader.  He and Marge would compete to see who could read the most books in a year.  His favorites were nonfiction, particularly World War II topics.

To order memorial trees or send flowers to the family in memory of John Erwin Harmelink, please visit our flower store.