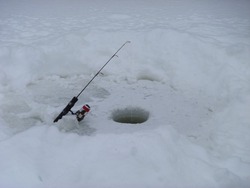 John Henry Meerbeek, son of John and Hattie (De Boer) Meerbeek, was born November 29, 1944 at a farm near Rock Valley. When John was around 1 year old, the family moved to another farm and that is where John would live the rest of his life. John worked for 17 years at Kooima Machine Works (now Total Component Solutions). He was also a crop farmer for several years.

John loved raising and caring for his wolf dogs. He liked spending time fishing and ice fishing. He would catch a lot of bluegill and perch and then enjoyed cleaning them and giving them away to friends and family. John also liked to hunt small animals such as ducks and pheasants. He owned an extensive coin and gun collection that he was proud of.

To order memorial trees or send flowers to the family in memory of John Meerbeek, please visit our flower store.