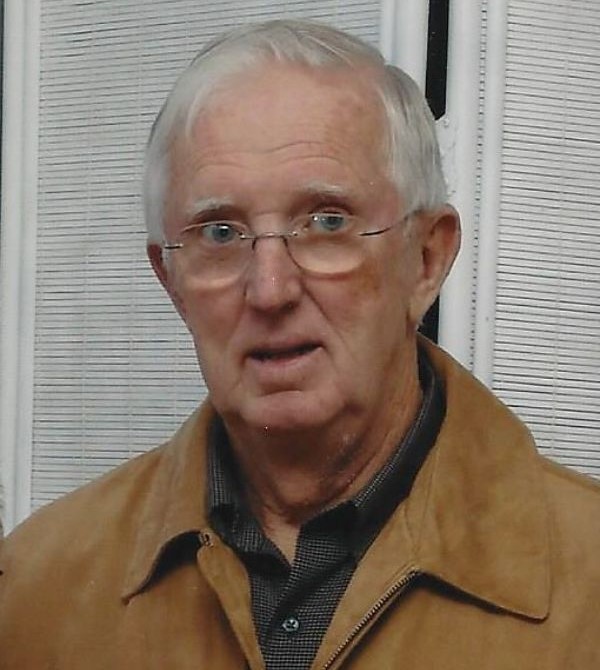 John Reinders Jr. of Hawarden, Iowa, formally from Ireton, Iowa, passed away peacefully July 14, 2021 at Hillcrest Health Care Services in Hawarden with his granddaughter Kerri by his side.
Funeral Service will be 10:30 a.m. Tuesday, July 20, 2021 at the First Reformed Church in Ireton with Rev. Gerald Norman officiating. Burial will be in the Pleasant Hill Cemetery. A luncheon will follow at the Ireton Community Center.
Visitation with the family present will be from 5:00 p.m. to 7:00 p.m. Monday at the Porter Funeral Home in Ireton.
Junior, as most know him by, was born on February 7, 1936 to John and Sadie (DeJong) Reinders in Orange City, Iowa. He was welcomed home by older brother Marvin, where they resided on the family farm in Newkirk, Iowa. John attended school at Northwestern Academy in Orange City.
He met the love of his life Carol (Van Oort) at the young age of 20 and were united in marriage on July 8th,1955 in Ireton, Iowa. They made their home in Newkirk on the family farm. To this union they were blessed with their son Jeff. In 1962 they moved to Ireton where they lived until Carol moved in 2018.
Junior was co-owner of Ireton Produce for several years and later worked for P.N.M. with son Jeff. He also spent time working for Siouxland Implement in Ireton. Junior spent several years working with Hope Haven Industries when he quickly realized retirement was not for him. He spent many hours building wheelchairs and would deliver them all over the country with his co-pilot Carol. There was never a trip that she wouldn’t go on with him.
Junior served on the Ireton Fire Department, including EMS for over 30 years.
A man of God, his faith was extremely important to him. He served in many ways at the First Reformed Church in Ireton, for much of his life including, elder, deacon, youth group leader, janitor, and was always the first to volunteer his time to help.
When he wasn’t volunteering, Junior and Carol were traveling the world together along with his in-laws Howard, Millie, Donald, Marilyn, Harris & Rita. Junior and Carol spent many years as snow birds in the southern states and Mexico.
You’d often find him at Super Stop having morning coffee with the guys every morning, which sometimes involved pranks with Greg Vreeman. He was quick witted even until his last breath, full of one liners and advice for anyone who would listen. He always wanted to know “what do you know, whats new”, he had his Junior’isms that would leave people laughing.
Much like Carol, he had “his girls” to keep him busy, there was nothing he wouldn’t do for them at any given moment. He loved taking them on vacation and attending their sporting or music events. His great grandkids had a special place in his heart, always bragging about what they were up to. Junior loved to see pictures of everything they were doing and would often get upset that he couldn’t be there.
Junior suffered a stroke in 2017 leaving him unable to return to his home, he fought hard to walk again and wanted to return home to his bride. He made many positive strides and Carol never missed a day being with him and caring for him while in the nursing home. They were rarely apart and had a love that was beyond measure. Carol passed away unexpectedly in March 2019.
He is survived by his son, Jeff Reinders and his wife June of Pickstown, South Dakota; two granddaughters, Kerri Edwards and her husband Ben and their children Raileigh, Sydney & Adelynn of Akron, Iowa and Paige Reinders of Rockford, Illinois; three step-grandsons, Justin Reed and his son Trevor of Hawarden, Jeremy (Melissa Fossell) Reed and his children Quinn, Zane & Rowan of Sioux Falls, South Dakota, and Travis Reed and his children Ethan and Izaak of Alcester, South Dakota; brother, Marvin Reinders and his wife Evelynn of Dallas Texas; brother-in-law, Harris Van Oort of Omaha, Nebraska; along with several nephews and nieces.
He was proceeded in death by his parents, John and Sadie Reinders; in-laws, William and Ethel Van Oort; infant son, John; infant daughter, Camilla; wife, Carol; brothers and sisters-in-law, Howard and Millie Van Oort, Donald and Marilyn Thrash, and Rita Van Oort; and niece, Donalyn Crowley.

To order memorial trees or send flowers to the family in memory of John Reinders, Jr., please visit our flower store.
Open