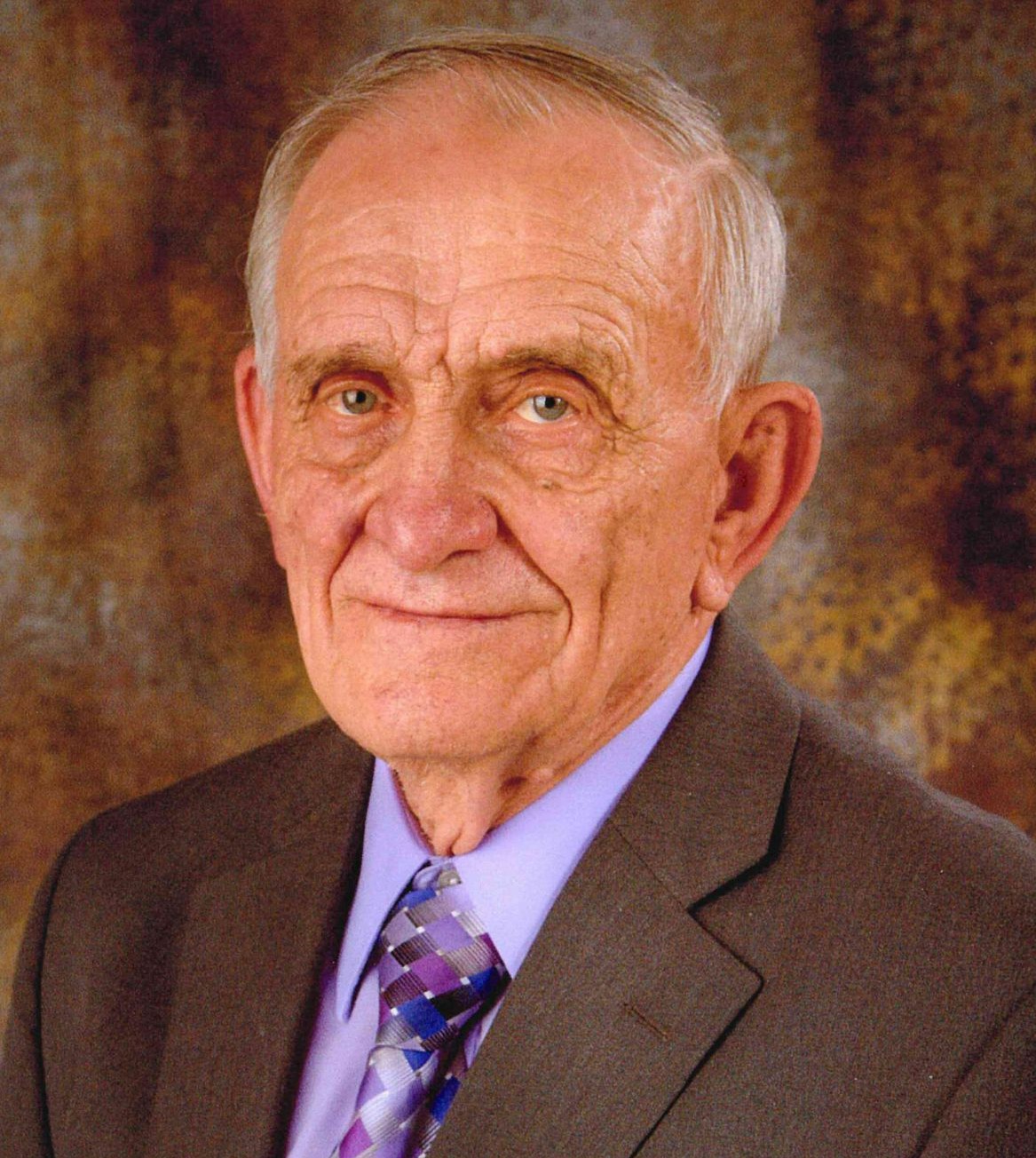 Memorials may be given to The Gideons International, Western Christian High School of Hull, Iowa, or Dakota Christian School of Corsica, South Dakota.

John Henry Vanden Bos was born to Henry and Nellie (Visscher) Vanden Bos on October 25, 1928, in Platte, South Dakota. He graduated from Platte High School and began his farming career. He married Caroline Sybesma on August 16, 1966, in the Platte Christian Reformed Church. A great source of joy for John and Carol was God providing an opportunity for children through the adoption of son James and daughter Carol. Together they farmed near Platte until they retired in 1995. They moved to Four Seasons in Rock Valley, Iowa in 2013, John moved to Whispering Heights in 2020.

John loved farming, caring for livestock and the land was very important to him and gave him much joy. Even after his farming career was over, he assisted his son and daughter in their operations. He would tell everyone that “he could still be farming”. He was a devoted husband, father, and grandfather, enjoying his children’s activities, and later his grandchildren.

He served as a deacon and elder in the Platte CRC, taught Sunday School for many years and was instrumental in starting a Cadet program in Platte. He also took pride in maintaining the Wayside Chapel near the Platte-Winner bridge. John also enjoyed singing with the Dakota Jubilee men’s chorus. He was a self-taught woodworker and enjoyed making many pieces for his children and friends. John and Carol volunteered in service projects with CRWRC and JFA and were faithful members of the wellness center in Rock Valley even into their 90’s. John passed away Wednesday, November 23, in Whispering Heights at the age of 94.

He was preceded in death by his parents, Henry and Nellie; infant brother; wife, Caroline; sisters, Elmira De Lange and Bernice Jaeger; and brothers-in-law, Marlowe De Lange and Harold Jaeger.

To order memorial trees or send flowers to the family in memory of John Henry Vanden Bos, please visit our flower store.
Open