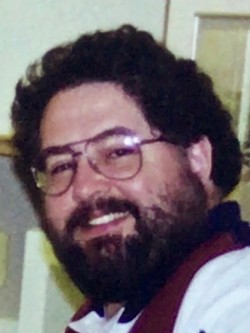 Mass of Christian Burial will be 1:30 p.m. Friday, September 7, 2018 at St. Mary’s Catholic Church in Hawarden, Iowa with Father Sunny Dominic officiating. Inurnment will be in the Grace Hill Cemetery in Hawarden with refreshments and visitation with the family to follow back in the church fellowship hall. The Porter Funeral Home in Hawarden is assisting the family. Condolences may be sent to www.porterfuneralhomes.com.

Joseph Daniel Akin was born May 3, 1954 in Hawarden, Iowa, the son of Helen I. Akin (Sedgwick) and Dr. Joseph E. Akin (DVM). He attended West Sioux, St. Michael’s Prep in Elkhorn, Nebraska and graduated from Burke High School in Omaha, Nebraska in 1972. His first year of college was at Cornell University in Ithaca, New York, ultimately graduating with a BS Degree in Chemical Engineering in 1981 from Iowa State University, Ames, Iowa. During his college years he discovered his passion for cooking, experimenting on recipes with his family. He had two daughters and had lived in Minnesota for many years. He retired from HEAF in Minneapolis, Minnesota, with his home in Oakdale, Minnesota.

Survivors include two daughters, Katherine Akin of Hudson, Wisconsin and Carolyn Akin of Woodbury, Minnesota; two sisters, Susan Robertson and husband Dennis of Hawarden and Kathleen “Ginger” Akin also of Hawarden; and sister-in-law Marti Akin (Jerry) of The Villeges, Florida; as well as a nephew and many nieces who have fond memories of Uncle Dan and his many stories.

Joseph was preceded in death by his parents; and brother, Jerry Akin.

To order memorial trees or send flowers to the family in memory of Joseph Akin, please visit our flower store.