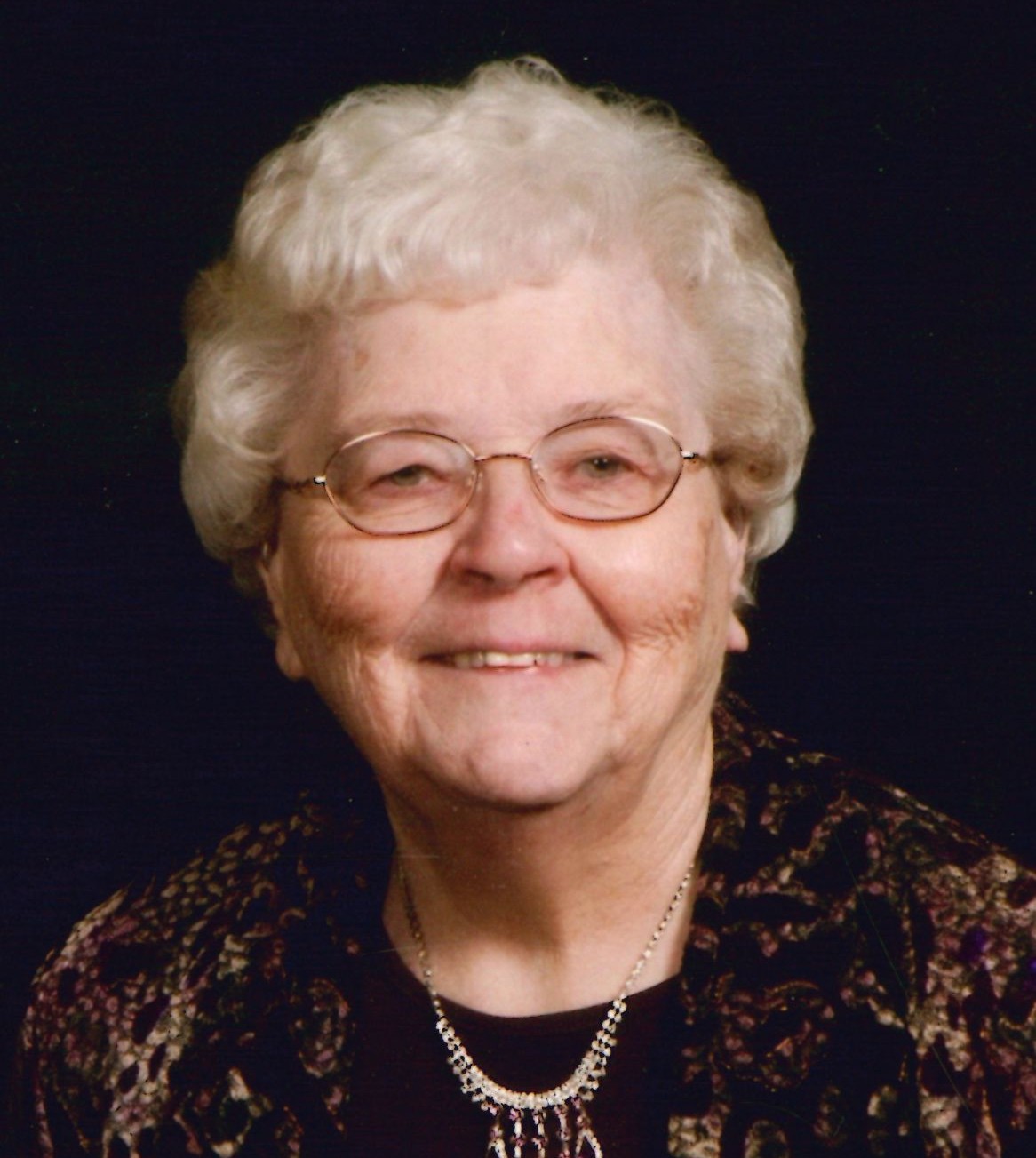 Rock Valley, IA: Josephine “Josie” Koedam, 89, of Rock Valley, Iowa, died Thursday, March 10, 2022, at Fellowship Village in Inwood, Iowa. Funeral service will be held Monday, March 14, at 1:30 PM at the Netherlands Reformed Congregation in Rock Valley with Rev. J.J. Witvoet officiating. The service will be audio-streamed at http://edge.mixlr.com/channel/rwkcn. Burial will follow at Memory Gardens Cemetery in Sioux Center, Iowa. Public visitation, with no family present, will be held Sunday, March 13, from 2:00-7:00PM and again on Monday, March 14, from 9:00AM-Noon at Porter Funeral Home in Rock Valley. Memorials may be given to the Netherlands Reformed Christian School or Fellowship Village.

Josephine (Vanden Brink) Koedam was born September 19, 1932, on a farm near Ireton, Iowa to Steven and Adrianna “Jennie” (Van Ravenswaay) Vanden Brink, the 5th of 6 children. She attended country schools through the 8th grade.

Josie married Everett Koedam on January 18, 1971. That love grew to include Everett’s 3 children, Howard, Paul and Denise, whom she helped raise as her own. They farmed near Larchwood, Iowa until they moved to Inwood, Iowa in 1985. Josie worked in housekeeping at McKennan Hospital in Sioux Falls, South Dakota and Good Samaritan Center in Canton, South Dakota. She cleaned various homes and businesses after moving to Rock Valley, Iowa. She retired at the age of 86.

After Everett passed away she became an avid traveler, taking many bus trips with her friends. Josie enjoyed playing games, having coffee and dining out with many friends. She was a life-long member of the Netherlands Reformed Congregation.

To order memorial trees or send flowers to the family in memory of Josephine "Josie" Koedam, please visit our flower store.
Open