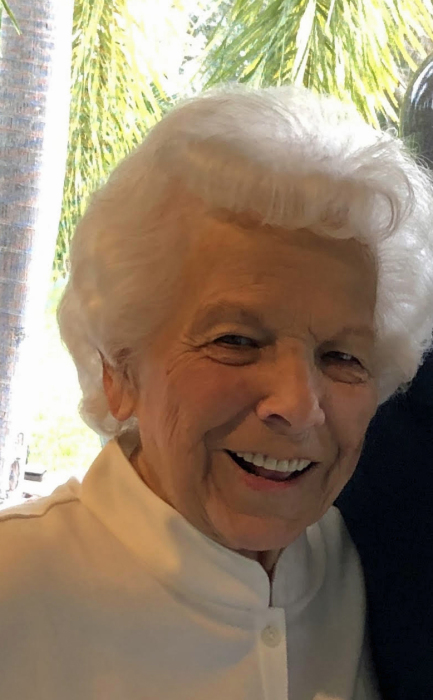 Joyce Harris Hummel, beloved mother, grandmother and great-grandmother, aunt, sister-in-law and friend, passed away November 27, 2019, at Hillcrest Health Care Services in Hawarden, Iowa.
Daughter of Ethelyn and Evan Harris, she was born May 19, 1930, at the Akron Hospital. She graduated from Akron High School in 1949.
Joyce raised a family of four, and also worked and volunteered outside the home. In the 1950’s she was a secretary at the Berkley Bedell Fishing Company of Spirit Lake, Iowa. In the following decades, she worked at Hawarden Lumber Company, in the Sioux County Magistrate’s Office, and then for the Clerk of Court, State of Iowa, until her retirement in 1996. In retirement, Joyce was a volunteer at the West Sioux Community Schools and a treasurer for the Hawarden Hospital Auxiliary.
Joyce loved to cheer on her kids’ high school athletic teams. She was an ardent fan of the Iowa Hawkeyes football and basketball teams. She enjoyed bridge, summer golf league and coffee at the Central Café with her countless dear friends. Joyce was a longtime active member of the Hawarden United Methodist Church. More than anything, she was devoted to her family, cherished her children, grandchildren and great-grandchildren, and was first in line to lend a helping hand whenever and wherever there was a need. She was a second mom to many. Her cinnamon rolls were legendary.
Survivors include Brian (Kristin) Hummel of Fort Myers, Fl; Brad (Jenni) Hummel of Austin, Tx; Becky Hummel of Littleton, Co; and Barbara (Xavier Coll) Hummel of Barcelona, Spain; 10 grandchildren and eight great-grandchildren; sisters-in-law and many nieces and nephews.
Joyce was preceded in death by her parents; brothers, Stanley, Gaynor and Orville (her twin); and sister, Helen Palmer.
A celebration of life will be held on Saturday, November 27, 2021 at the United Methodist Church in Hawarden at 1:00 p.m. Visitation with the family will be while having refreshments following the service at the church. The family is respectfully requesting masks be worn during the memorial service and visitation.
Her family requests for a lasting tribute to Joyce, that donations be made to the United Methodist Church in Hawarden in Joyce’s name.
Condolences may be sent to www.porterfuneralhomes.com.

To order memorial trees or send flowers to the family in memory of Joyce A. Hummel, please visit our flower store.
Open