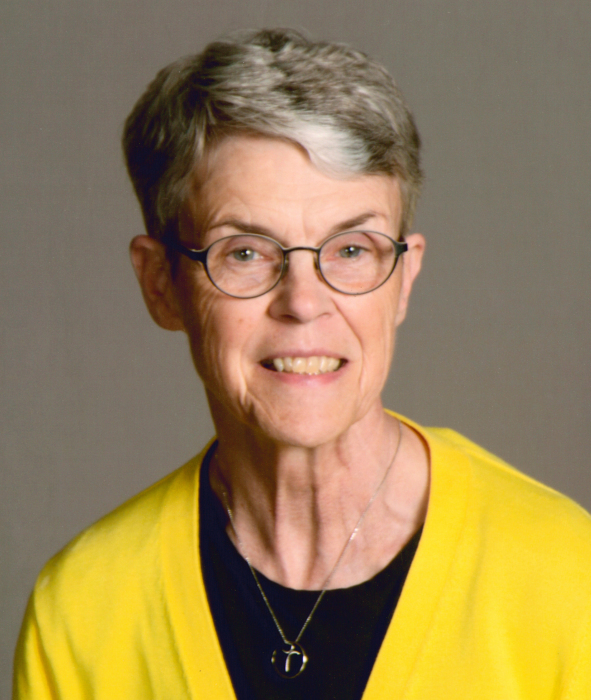 KATHLEEN A. (GAUL) HUITINK, 68, of Hawarden, Iowa, formerly of Spirit Lake, Iowa and Ireton, Iowa, passed away Wednesday, April 1, 2020, surrounded by her family at Oak Hill Assisted Living in Hawarden after a long and brave battle with ALS.

We will be having a Celebration of Life luncheon for Kathy on Saturday, September 4th from 12pm-2:30pm at the Ireton Community Center (402 4th St). Lunch will be provided and served at 12:15. We welcome all who want to attend this casual gathering to share memories of Kathy and celebrate her life. Thank you. Mike, Jon, Dan, Zach and families.

In lieu of flowers, the family prefers memorials be directed to the ALS Iowa Chapter. The Porter Funeral Home in Hawarden is assisting the family.

Kathy was born on November 5, 1951, in Hawarden, Iowa, the daughter of Robert and Audrey (Anderson) Gaul. Kathy attended West Sioux schools, graduating from West Sioux High School in 1970. Kathy was West Sioux’s 1969 Homecoming Queen, a wrestling cheerleader, an “A” student, and an avid Falcon supporter.

At age 16, while attending West Sioux, Kathy met the love of her life, Terry Huitink. They married in Hawarden in 1971, and enjoyed over forty years of marriage. That included raising four boys in Ireton and in the West Sioux School system, and attending countless sporting and other events. Kathy and Terry retired to their dream lake home and their “lake neighbors” in Spirit Lake in 2009.

Kathy had an unwavering commitment to her communities. She treasured her time as a member of the Lambda Pi Sorority of Ireton. She was a church youth group leader. She spent her life supporting West Sioux activities and athletics, and was named the Falcon Wrestling Fan of the Year in 2019, and was recently visited by the Falcon Wrestling Club youth wrestlers at Oak Hill before they traveled to their state tournament. She was an avid Iowa Hawkeyes fan. The staff at Oak Hill lauded her positive attitude and impact on its community, residents and staff, even as she battled the ALS disease that ultimately took her life.

Most of all, Kathy treasured her family. She proudly lived her final years as “Grandma Kathy” to her eight grandchildren, treasuring her time with them through visits or FaceTime. Kathy served as a virtual second mother and grandmother to her nieces, nephews and cousins. Kathy loved and treasured her four boys, and she told a local journalist that she took pride in their choice of spouses who, in her words, “were perfect fits for them.” Kathy persevered through both the devastation of her husband Terry’s untimely death in 2014 and her own ALS battle, to lead her family and remain a fixture at West Sioux and in the community.

Kathy was preceded in death by her husband, Terry; her father and mother, Robert and Audrey Gaul; her father-in-law and mother-in-law, Willard and Bert Huitink; her brother-in-law, Douglas Huitink passed away on November 10, 2020.

To order memorial trees or send flowers to the family in memory of Kathleen A. Huitink, please visit our flower store.