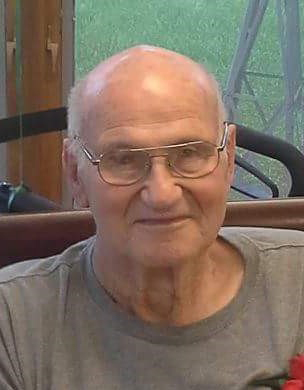 Funeral Service will be 10:30 a.m. Wednesday, May 22, 2019 at the First Reformed Church in Ireton, Iowa with Rev. Gerald Norman officiating. Burial with military honors will follow at the Pleasant Hill Cemetery. Visitation with the family will be from 6:00 p.m. to 8:00 p.m. Tuesday at the Porter Funeral Home in Ireton. Condolences may be sent to www.porterfuneralhomes.com.

Kenneth Arthur Van Gelder was born September 20, 1933 at Orange City, Iowa, the son of John and Anna (DeVries) Van Gelder.  Kenneth was the last of ten children.  He was raised in the Orange City area.  Kenneth graduated from Newkirk High School in 1950, where he played on the state qualifying basketball team.

Kenneth served in the US Army from August 1955 to July 1957 as a medical aidman and was deployed to Rhein-Main Air Base in Frankfurt, Germany.

On September 26, 1958 Kenneth married Henrietta Bronkhorst in Orange City, Iowa.  Together they lived in Orange City, Hawarden, Iowa and in 1968 they moved to Ireton, Iowa.

Kenneth was a mason/concrete man for his whole life.  Kenneth started by working for his uncle Dick, partnering with Bud Bolluyt, and finally working as his own boss as Van Gelder Construction.

Kenneth was active in the First Reformed Church where he sang in the choir, taught Sunday school, served as an Elder, participated in Men’s brotherhood, and 55 Alive.

Kenneth was an avid gardener. He grew the best watermelon and cantaloupe.  He was a faithful fan of the Minnesota Twins and Iowa Hawkeyes.

In September 2013 Henrietta became a resident at Good Samaritan nursing home in Le Mars, Iowa and Kenneth joined her the following September of 2014.

Henrietta passed away May 2015 and Kenneth continued to live at Good Samaritan nursing home until his death.

The family sincerely thanks the Good Samaritan Society Le Mars for their excellent care and kindness shown both Ken and Henrietta.

To order memorial trees or send flowers to the family in memory of Kenneth Arthur Van Gelder, please visit our flower store.