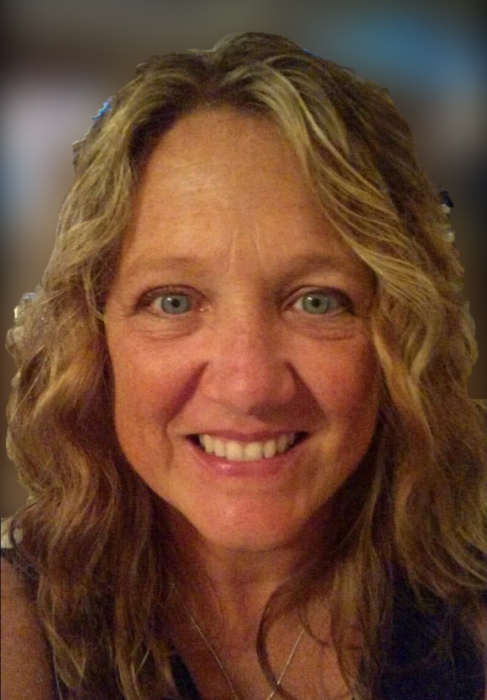 Kimberly “Kimmy” Rae Hemmelrick, 54, of Hawarden, passed away suddenly, of natural causes, on Tuesday, April 20, 2021 at her residence in Hawarden.    Funeral Service for Kimberly will be 11:00 a.m. Tuesday, April 27, 2021 at the Hawarden Community Center with Pastor Stuart Schreur of the First Baptist Church officiating. Following the luncheon, private family burial will be at Riverside Cemetery in Akron, Iowa.          Visitation with the family present will be from 4:00 p.m.to 8:00 p.m. Monday at the Porter Funeral Home in Hawarden.    Kim was born on October 15, 1966 to Marilyn Trometer and Herman Titus in Hawarden, Iowa.  Kim was an only child. She was raised in Akron, Iowa by her mother and graduated from Akron Westfield High School in 1985. She married Mike Hemmelrick March 9, 1991.      Kimmy spent many years running Creative Kids Daycare in her home. She had over 200 children under her care over the years. She closed her daycare in 2019. She then became a cook at West Sioux High School and remained there until her passing. She also worked at Sunshine Foods in Hawarden.    She was a Girl Scout leader for several years when her daughters were young. She also enjoyed bowling, camping, scrapbooking, and gardening.    She absolutely loved watching her three girls in all of their many activities as they grew up. Most recently, her attention had been on watching her grandchildren participate in activities. She also supported her former daycare kids and went to their events.    Kim was well-known by her community and loved by many.  Her smile was contagious and often brought smiles to others.      She is survived by her daughters:  Natasha (Will) Pfau of Illinois, Kelsey (Matt Kraft) Hemmelrick of Hawarden, and MaKayla Hemmelrick of Hawarden.  She had five grandchildren:  Neva and Effy Pfau, Drayven and Cameron Kraft, and Cayden Robertson. Kim is also survived by Mike Hemmelrick.     Kim was “adopted” into the family of Ben and Kathy Robertson as a young adult.  She is survived by them as well as brothers, Dale (Kelly) Robertson and Davey (Jessica Storm) Robertson; sisters, Sherry (Scott) Lerdal and Jen Millikan; and grandmother, Evelyn Huenink.  She leaves behind many nieces, nephews, aunts, uncles, and friends as well.      She was preceded in death by her parents, Marilyn and Herman.    Pallbearers will be Dale Robertson, Davey Robertson, Paul Klemme, Marcos Lopez, Aden Waterman, Michael Hedden, and Kyler Bak.    Honorary pallbearers will be her former daycare kids.
To order memorial trees or send flowers to the family in memory of Kimberly "Kimmy" Hemmelrick, please visit our flower store.