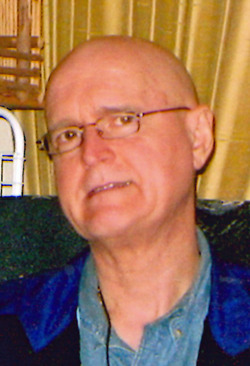 
Rock Valley, IA: Lee Dale Wiersma, 74, of Rock Valley, Iowa died Monday, July 17, 2017, at Hegg Memorial Health Center of Rock Valley. Funeral services will be held Thursday, July 20, 2017, at 10:30 AM at Porter Funeral Home of Rock Valley with Rev. Garry Nyenhuis officiating. Following a luncheon, burial will take place at West Lawn Cemetery in Orange City, Iowa. Memorials may be given to Hope Haven and condolences may be left at www.porterfuneralhomes.com.

Lee Dale Wiersma was born April 25, 1943, the son of Dewey and Alice (Guerink) Wiersma. He was raised in Orange City, Iowa. Lee graduated from the Orange City Christian School, Northwestern Academy, received his master’s degree from the University of South Dakota, and had further studies other places including over satellite. Lee was a teacher at Orange City Christian School for 6 years. He worked at Hope Haven in Rock Valley for 38 years (30 years as a Chaplain), retiring in 2008.

Lee was a member of the First Reformed Church of Rock Valley. He was a former Sunday School teacher. He visited many people in the nursing home as he had a passion for others. Lee enjoyed sharing his faith and was such a prayer warrior for those he came in contact with. One of Lee's favorite Bible Verses was "For me to live is Christ and to die is gain." Philippians 1:21

Survivors include his brother, Glenn Wiersma from Odessa, Texas; sisters-in-law, Emilie (Ralph) Wiersma of Denver, Colorado and Mary L. (Wilbur) Wiersma of Orange City; and many nieces and nephews and their children and grandchildren.

In addition to his parents, Lee was preceded in death by his two brothers, Wilbur Wiersma of Orange City, and Ralph Wiersma of Denver, Colorado as well as a sister in law, Joyce Wiersma, of Odessa Texas.

To order memorial trees or send flowers to the family in memory of Lee Wiersma, please visit our flower store.