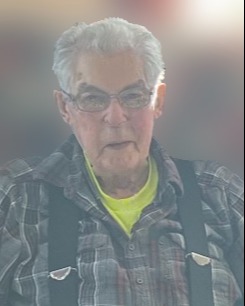 Funeral service will be 10:30 a.m. Wednesday, January 18, 2023, at Trinity Lutheran Church, LCMS in Hawarden with Rev. Joshua Lowe officiating. Interment to follow at Grace Hill Cemetery. Visitation with the family present will begin at 5:30 p.m. Tuesday, with a prayer service beginning at 7 p.m. at Porter Funeral Home in Hawarden. Condolences may be sent to www.porterfuneralhomes.com.

Lester “Buck” Hamilton was born on May 9, 1940, in Akron, Iowa to Carroll and Laura (Zachow) Hamilton. On June 23, 1958, Buck married Patricia Collins in Pipestone, Minnesota. They lived in Hawarden, Iowa. Buck was a farmer and worked at Kane Packing Plant in Hawarden and Dubuque Packing Plant in LeMars, Iowa for several years, before owning and operating a restaurant, Southern Country and Craig tap in Craig, Iowa from 1988 to 2003. After selling the businesses in 2003, Buck worked at For-Most in Hawarden and later worked for City of Hawarden in the Summer and farming with John Degen in the Fall before retiring in 2021. Buck was an active member of the Fraternal Order of Eagles for several years. He enjoyed farming and driving tractors. Buck enjoyed woodworking and making wood projects for his children and grandchildren. He enjoyed camping and fishing on the weekends with family and friends. He was an avid bird watcher and always made sure there was enough bird feed for the birds to enjoy.

Dad was a farmer at heart and happiest while working on a farm or driving tractors by either mowing for the city or hauling grain wagons for John Degen. He took great pride in mowing for the city and the job he was doing. He wanted to make sure the grass looked good whether it was the ditches on the outside of town or lawns inside of the city limits. His granddaughter used to see him mowing weekly and wave as he passed, however dad was concentrating on the job he was doing that he missed her waving. While working in the restaurant and bar business, he always enjoyed talking to people. Dad had a semi-organized tool bench, and everything had a place. Dad had a great memory of his tools and equipment at home. You would think that he wouldn’t notice a small hand tool from several tools and equipment that were in various places, but it always was surprising when he would know when a tool was missing or in the wrong place. When we were younger, we would go camping on the summer weekends. Dad loved sitting by the campfire and the larger the campfire, the better. Dad was not the most communitive person and didn’t show his emotions often, however we knew how much he cared and loved his family. A few things dad taught us by his actions were to work hard, do your best at whatever job you are doing, and don’t give up when times are hard.  “Karsen was Grandpa’s Buddy. He had to have suspenders just like Grandpa Buck!”