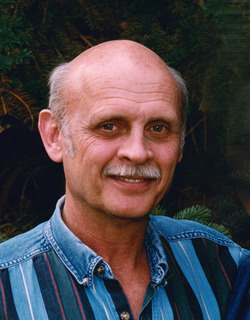 Funeral Service will be 10:30 a.m. Saturday, February 24, 2018 at the American Lutheran Church in Hawarden with Rev. Erma Wolf officiating. Burial will follow in the Grace Hill Cemetery. Visitation with the family will be at the luncheon following the funeral service. The Porter Funeral Home is assisting the family. Condolences may be sent to www.porterfuneralhomes.com.

Linden Lee Anderson was born March 30, 1948 in Hawarden, Iowa, the son of Lindy and Marilyn (Anderberg) Anderson. He graduated from the West Sioux High School in 1967. Linden began working with his father in the family business, Anderson Construction, later going on his own.

Linden married Jane Johnson May 18, 1968. Two children were born to this union, Lyon and Lyndee.

He married Dawn Miller on February 14, 2001. They made their home in Hawarden for 10 years before moving to Florida. They returned to Sioux Falls, South Dakota for the past 5 years. Currently they were making their move to Hull, Iowa.

Linden enjoyed the outdoors with fishing, hunting, and trapping. He liked to play cribbage and chess. He had a great mind for construction and would never take short cuts in the work he did.

Linden was preceded in death by his parents.


To order memorial trees or send flowers to the family in memory of Linden Anderson, please visit our flower store.