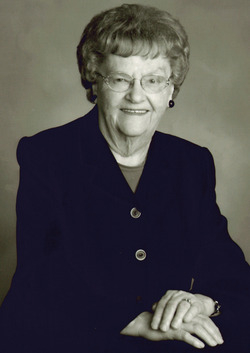 Funeral Service will be 10:30 a.m. Saturday, February 17, 2018 at the St. Paul’s Lutheran Church in Ireton, Iowa with Rev. Michael Boothby officiating. Burial will follow in the Pleasant Hill Cemetery in Ireton. The Porter Funeral Home is assisting the family. Condolences may be sent to www.porterfuneralhomes.com. The family requests memorials be directed to the St. Paul’s Lutheran Church or the EMS or Fire Departments of Ireton or Hawarden.

She was employed at Schoeneman’s Lumber Company in Hawarden. On April 10, 1949 she was united in marriage to William Torwelle at Trinity Lutheran Church in Hawarden. They farmed northeast of Hawarden, later moved to Sioux City, Iowa and then to Ireton, Iowa. After the death of her husband she moved to Hawarden.

Lois was a member of the St. Paul’s Lutheran Church in Ireton.

The couple spent several winters in Arizona. Lois liked traveling and enjoyed riding around viewing the country side. She also enjoyed doing needlework and reading.

She was preceded in death by her parents and her husband William.

To order memorial trees or send flowers to the family in memory of Lois Torwelle, please visit our flower store.