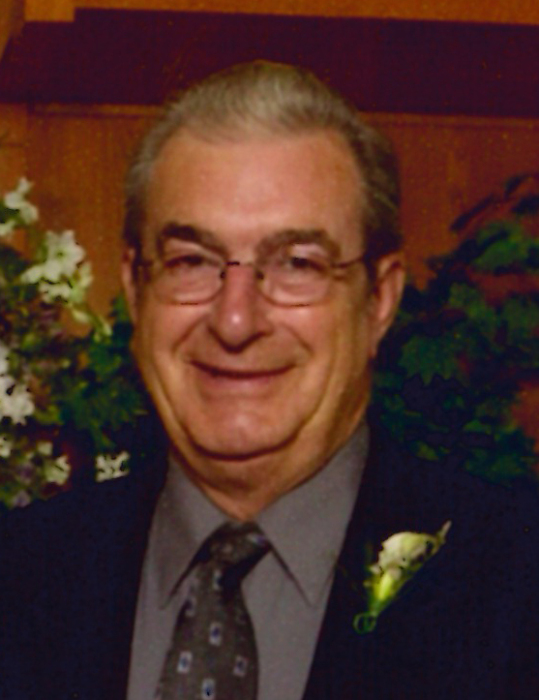 Doon, IA: Louie Kopsas, 89, of Doon, Iowa, died Monday, December 7, 2020, at Avera McKennan Hospital in Sioux Falls, South Dakota. Private family funeral services will be held Thursday, December 10, at the Doon United Methodist Church with Pastors Brogan Mohlenkamp and Jim Sweers officiating. Video of the funeral service will be posted at https://www.porterfuneralhomes.com/obituary/Louie-Kopsas on Friday, December 11. Burial, with military rites, will be held at Hillside Cemetery of Doon. Public visitation, with no family present, will be held Wednesday, December 9, from 2:00-7:00 PM at Porter Funeral Home of Rock Valley, Iowa. Memorials may be given to the Doon United Methodist Church. Masks are strongly encouraged.

Louie Kopsas was born on August 9, 1931, to James and Caroline (Kastein) Kopsas in Sioux Center, IA.    His education began at the Doon School with graduation in 1949 providing a springboard for his future.  Hard work was never a stranger to him.  A sound work ethic served as a blessing to his children and beyond.  During his high school years he worked with a team of horses and plowed people’s gardens.  Weekends would find him bound for Sioux Center on the train with a movie as his destination.

The desire of pursuing a future in teaching led him to Black Hills Teacher College in Spearfish, SD.  After the fall semester, the direction for his life changed.  He worked at Swift Packing Co in Sioux City for 3 months, followed by his return to Doon to begin his employment at Valley State Bank.  It was then he served on the Doon School Board. That season was interrupted by the draft in 1952 as he answered the call to serving in the Army.  After his discharge he returned to Doon and continued his employment as a lending officer at Valley State Bank.  In 1986 he left the bank and began the Rock River Agency, retiring in 2009.  On April 4, 1954, he married Shirley Berg.  They lived in Doon all their married life, raising 2 children—Angie and Jim.

Louie was committed to his family as a provider, an example, and an inspirer by the way he lived.  He was devoted to his church, the Doon First United Method Church, where he blended his rich bass voice with the choir and served as treasurer for decades.  He was committed to his community by serving as the City Clerk and Township Director for 40 years.  He was an active member of the American Legion for 55 plus years, and the Doon Fire Dept. for 41 years.  He believed in building a safe and thriving town for families to enjoy.

Recreation was an important aspect of his life.  Bowling was at the top of his list for most of his adult life with the final “pin set” at age 84.  Fishing in area rivers and lakes was also a source of relaxation.  Many joyful years were spent with family at “the cabin” on Big Spirit Lake.  Louie and Shirley knew how to create memories for their family that would last a lifetime.  Every Friday after work Louie and Shirley could be seen heading to the lake for the weekend.  Louie also enjoyed golf for many years.  Every Tuesday afternoon, Bud Lawrence and Louie would participate in the Rock Valley Golf League.  Louie loved his family and enjoyed watching the grandchildren and great-grandchildren in sports.

A couple of Louie’s greatest blessings of town pride were the Corner Café and the Doon Steakhouse/Burn’s Grill.  Many thanks to Sarah, Aaron and Lavonne, and all their helpers for their personal attentiveness to one of the town’s patriarchs.  After Shirley’s passing in 2007 from cancer, these restaurants became a vital part of his life.

On December 16, 2019, life as he knew it changed for him, when he fell and broke his pelvis.  Following surgery, he took up residence at Bethany Home in Brandon, SD, where he touched the lives of all the wonderful health care workers who helped take care of him.  The final hurdle that Louie couldn’t cross was the contracting of the Corona Virus.  At 6:17 AM on December 7, 2020, all suffering ceased and peace reigned.

Louie was a person who was not loud, had great integrity, and taught people by his humble personality.  He leaves a legacy behind for all the people who knew and loved him.  Blessed be his memory.

He is survived by his children:  Angie (Jerry) Keizer of Doon and Jim (Mary Ellen) Kopsas of St. Louis, MO.

Paul (April) Keizer and their children, Jamison and Griffin, all of Sioux Falls, SD.

Jeremy (Steph) Keizer and their children, Kinsley, Peyton, and Ellyott, all of Brandon, SD.

Diana Slivkov and her children, Blake and Elena, all of Imperial, MO.

*He is also survived by one brother, Gus Kopsas of Spirit Lake, IA and 4 sisters, Dena Anderson of Winter Haven, FL, Mary Ann Berg of Montevideo, MN, Elaine (Gordon) Powell of Parkston, SD, and Hattie Baird of Canton, SD.  Also surviving him from his wife’s side are Verlyn (Virginia) Berg, Doug (Mary) Berg all from Rock Rapids, IA and Marlys (Henry) Lesperance of Harrisville, NY.

To order memorial trees or send flowers to the family in memory of Louie Kopsas, please visit our flower store.