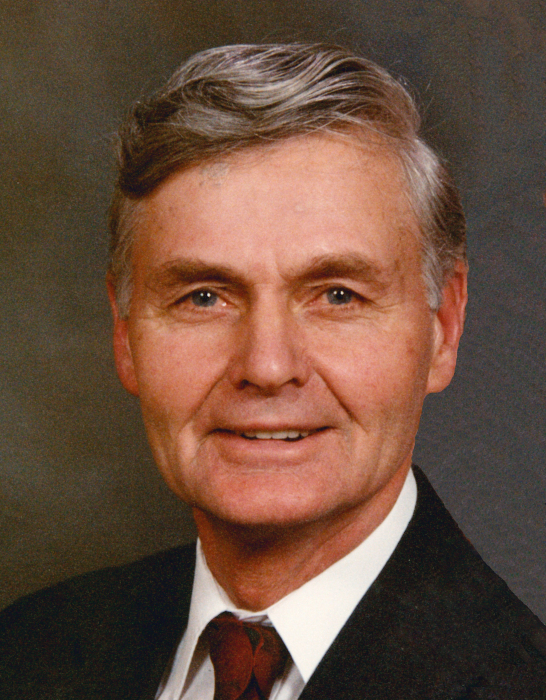 Louis Altena, son of Henry and Effie (Broek) Altena, was born January 30, 1929, at Ireton, IA.  Louis proudly served his country in 1950-1952 as a member of the United States Army during the Korean War and was awarded the distinguished medal of honor, the Purple Heart.  He was united in marriage to Albertha Van’t Hul on April 2, 1951, before he left overseas the end of April.  To this union, two children were born, Howard and Garneth.  He adored his wife and children and cherished each of the 63 years he spent by Albertha’s side.  Together they farmed the family farm northwest of Rock Valley 31 years before retiring to Rock Valley in 1983.

Louis will long be remembered for his great faith, his work ethic, his generosity, his love for his family, and his love for the church.  He dedicated his life to the Lord serving many terms as Elder and Deacon of Rock Valley First CRC.  He was an active member in various Bible studies including Men’s Society and taught Catechism classes.  His Bible is barely readable marked with so many underlines and notations.  Above all, he was a spiritual leader and mentor to his family daily speaking of his faith wherever he went - whether it be at the kitchen table, spending time with relatives or friends, a special birthday celebration, or fixing a piece of equipment on the farm.

God had clearly called Louis to be a steward of the land.  He was a serious worker and loved the farm.  He worked the soil, was a meticulous welder, fed many cattle and worked hard with his hands.  He had a wonderful sense of humor that he carried with him to the very end of his life.  In the midst of discomfort from stroke effects and separation from his family at the nursing home during COVID-19, he continued to be a source of joy to everyone around him.  His attitude and disposition were surely a result of his faith and trust in his heavenly Father.  Every minute of his life was a gift from God, and in a very memorable way, Louis was always thankful that he could continue working on the farm alongside his son, grandsons and great-grandsons spraying weeds with the four-wheeler, disking a field, sorting cattle, welding or fixing any piece of equipment until it was “just right” (or better than just right) up until he turned 90 years of age!  Some common phrases of his were, “Made in the shade”, “Something’s radically wrong here!”, “We’re eating like kings, boys!”, “Give it the gun!”  It is with this same spirit that Louis left this place - with joy, with peace, and with grace.

Louis was preceded in death by his parents, Henry and Effie; wife, Albertha; five brothers and one sister.

The family wishes to offer special thanks to the supportive staff at Whispering Heights and Hegg Memorial Health Center for the wonderful care Louis received.

To order memorial trees or send flowers to the family in memory of Louis Altena, please visit our flower store.