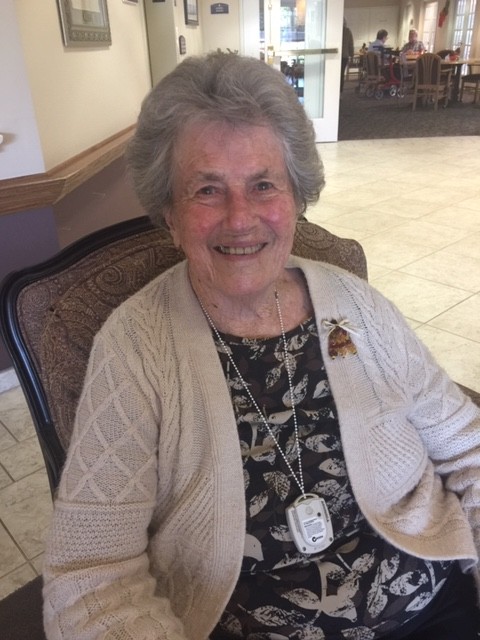 In lieu of flowers, memorials may be given to Artesia Christian Home, 11614 E. 183rd Street, Artesia, California 90701. Condolences may be left for the family at www.porterfuneralhomes.com.

Louise was born September 21, 1926 in Hull, Iowa. Louise was the youngest child of Lambet and Minnie (Van Bentum) Van Boeyen. Her siblings Bertha, John, Andrew, and Annie, preceded her in death. As a young child, Louise and her family moved to Rock Valley, Iowa. Louise attended Rock Valley public school and graduated from the high school in 1944.

As a young woman, Louise worked for the local telephone company, utility company, and as a country schoolteacher. Later in life she went on to work thirty plus years for the Rock Valley Veterinary Clinic. She was actively involved with the First Christian Reformed Church of Rock Valley.

Louise married Jake Kooima August 12, 1948. They lived on a farm outside of Rock Valley where they raised five children, Barbara, Sherwin, and triplet daughters Ellen, Elaine, and Eloise. Her beloved husband Jake preceded her in death in 1996.

Throughout her life Louise enjoyed gardening, sewing, baking, and coffee time with friends and family. Louise spent the last four years of her life in Artesia, California at the Artesia Christian Home.

To order memorial trees or send flowers to the family in memory of Louise Kooima, please visit our flower store.