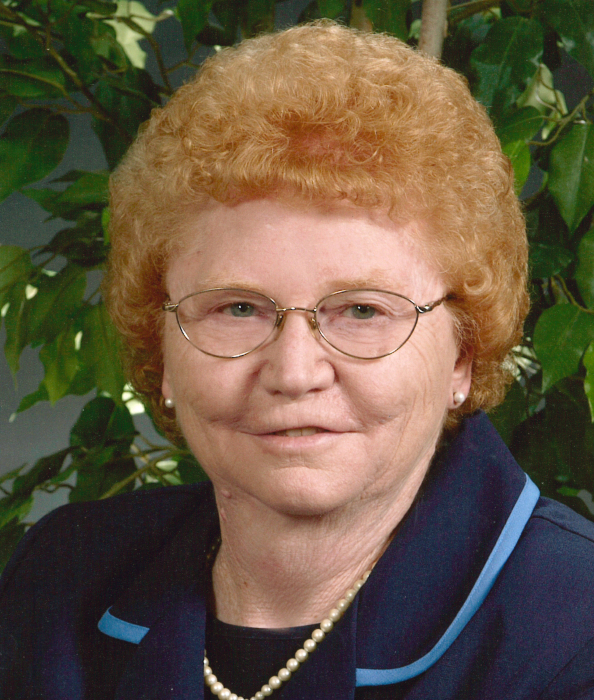 Funeral Service will be 11:00 a.m. Friday, April 9, 2021 at First Christian Reformed Church in Rock Valley, Iowa with Rev. Matthew Haan officiating. Following a luncheon, the burial will be at Grace Hill Cemetery in Hawarden. Visitation will begin at 2:00 p.m. on Thursday, with the family present from 5:00 p.m. to 7:00 p.m. at the First Christian Reformed Church. The Porter Funeral Home in Hawarden is assisting the family. The funeral service will be live streamed on the church website www.firstcrcrv.org.

Lucille (Rus) Richters Dorhout was born on September 16, 1933 to Bert and Gertude (Van Maanen) Rus. She was born near Corsica, South Dakota, then moved to Alvord, Iowa with her family for a few years, before moving to a farm near Inwood, Iowa until she got married.

Richard and Lucille made their home in Hawarden, Iowa. Lucille worked at Otis Radio (Coilcraft) for over 20 years, then became a cook at Hillcrest Care Center for 10 years. Lucille retired in 1991.

Richard passed away in August 1985. Lucille later married Dick Dorhout in January 1991, and they made their home in Rock Valley. Lucille was active in the First Christian Reformed Church in Rock Valley, being a member of the Ruth Circle and she would make the lunches for the consistory. She was able to do some traveling with her friends, and she enjoyed her cruise to Hawaii, going to Massachusetts, and numerous other trips.

Lucille is also survived by her brother, Edward (Sharon) Rus, Rock Valley; many step children, step grandchildren and step great-grandchildren; and many nieces and nephews.

Her family gives a special thank you to Hillcrest Care Center for making this her home since 2017 and to St. Croix Hospice for all their compassionate care.

To order memorial trees or send flowers to the family in memory of Lucille Richters Dorhout, please visit our flower store.