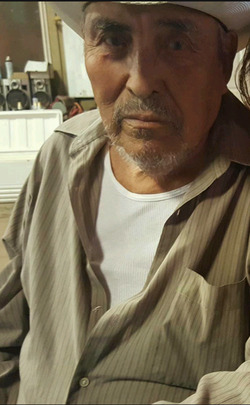 
Rock Valley, IA: Luis Luevanos, 84, of Rock Valley, Iowa died Sunday, October 29, 2017 in a house fire at his residence. At this time the family is not planning any public services.

Luis Barrios Luevanos, son of Rosario Barrios, was born June 21, 1933 in Mexico. Luis grew up in Mexico and became a Mexican police officer. In his early 20’s, Luis immigrated to the United States of America. While living in America he owned and operated a bar in Houston, Texas and Luis later went on to make and design flower crowns; a job he really loved. Luis lived most of his adult life in Texas; he moved to Rock Valley, Iowa in 2015. Luis really enjoyed doing body work on trucks. He liked to stay busy and was always on the move.

Luis is survived by his three daughters, Margarita (Rafael) Soto, Rosario Vasquez, and Teresa Garcia, all of Rock Valley, Iowa; and eleven grandchildren.

To order memorial trees or send flowers to the family in memory of Luis Luevanos, please visit our flower store.