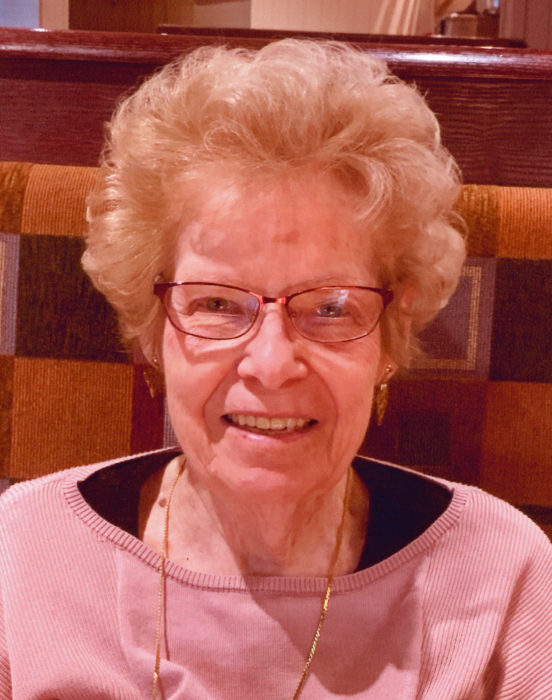 Sioux Falls, SD: Marcella A. Hauser, 90, of Sioux Falls, South Dakota, formerly of Rock Valley, Iowa, died Sunday, August 23, 2020, at Dougherty Hospice House in Sioux Falls. Mass of Christian Burial will be held Friday, August 28, at 10:30 AM at St. Mary’s Catholic Church of Rock Valley with Father Douglas Klein celebrating the mass. Burial will follow at St. Mary’s Catholic Cemetery. Visitation will be held Thursday, August 27, at Porter Funeral Home of Rock Valley from 4:00-7:00 PM with the family present to greet friends from 5:30-7:00 PM. A Rosary and Time of Remembrance will follow at 7:00 PM at the funeral home.

Almae Marcella Sampica was the youngest of 5 children, born on December 29, 1929, to Herbert and Gertrude (Burnett) Sampica in a farmhouse near Centerville, SD.  Along with the many others who endured hardships brought on by the Great Depression, the family was forced to eventually relocate to Sioux Falls, SD in 1941.  The family struggled financially and relied on the Grace of God and deep Faith to endure.  The family offered room & board as extra income and even ironed clothes to make ends meet. Upon graduating from St. Joseph Catholic High School in 1947, Marcella was employed at Coca-Cola bottling company in an office position, and later at Shriver’s in downtown Sioux Falls.

Marcella was an outstanding dancer, and she loved the fun and friends she made during her young adult years.  Her favorite memories were always from the Arkota Ballroom in downtown Sioux Falls, where she met Ralph, the love of her life!  They married on August 9th, 1951, and a year later, after Ralph’s Army discharge, they relocated to a farmhouse between Inwood and Rock Valley where they raised 4 children.

Being a “city girl”, Marcella had to learn how to be a successful farm wife and was determined to make that happen.  Many days were filled with gardening, sewing, farm chores, lawn mowing, cooking, and other tasks that all farmer wives know so well.  She was a fabulous cook known for fried chicken, lefsa, and delicious homemade pies of all flavors.  Her passion and love for her children and grandchildren were always displayed in every way, including years of supporting wrestling, baseball, plays, cheerleading and many other school events.

Finally, in 1986, Ralph and Marcella moved to Rock Valley to enjoy a richly deserved retirement.  They enjoyed traveling through many states, visiting historic places and attending music festivals.  She loved decorating her home and welcoming anyone who knocked at the door.  She kept in touch with family & friends with all sorts of technology including cell phones, computers, and iPad.

Marcella’s source of strength was her unwavering faith in God, as evidenced by her devotion to family and friends.  Her day consistently began with prayer and reciting the Holy Rosary.  She continued to serve the Lord in many ways until the end, including being a Eucharist Minister and Altar server which brought her great joy.

In 2015, she relocated to an independent living apartment at Avera Prince of Peace Place and made many friends.  She was always a friendly face in welcoming new residents and making them feel at home.  After declining health, she resided for a short time at Dougherty Hospice House, appreciating their care and comfort during last days.

To order memorial trees or send flowers to the family in memory of Marcella Almae Hauser, please visit our flower store.