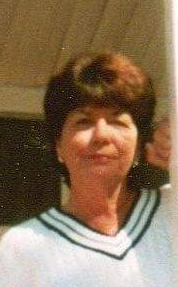 HAWARDEN, IOWA – Margaret “Peggy” Gubbrud passed away peacefully on Wednesday, August 7, 2019 at the age of 72 years.

Peggy was born in Sioux City, Iowa, October 2, 1946 to James and Noella (Bernard) Garthright.  Peggy grew up in Jefferson, South Dakota with her sister and three bothers. She attended elementary school at St. Peters and later graduated from Jefferson High School in 1964.

After high school, Peggy moved to Sioux City, Iowa and worked at several different places including KSCJ as a radio scheduler.  After several years Peggy moved to Hudson, South Dakota where she settled in to raise her children, one of her proudest accomplishments.  While living in Hudson she worked for many different employers. She spoke with pride about her time as the owner/editor of The Hudsonite, a local weekly newspaper.  Peggy utilized her skill of the written English language to create the weekly editorial, “Peggy’s Pen.”   After living in the Hudson/Alcester area for several years Peggy switched gears and moved to the Black Hills residing in Lead, South Dakota. While living in Lead, Peggy was employed by Sanford’s Native American Health Studies program. She also worked part-time at Jakes restaurant in Deadwood, South Dakota. This establishment was owned by Kevin Costner. Peggy enjoyed talking about the time she met Costner and gave him a copy of the book, “Crazy White Man,” and encouraged his manager to produce it as a movie. Time will tell if this becomes reality.

Three years ago, Peggy decided to leave her beloved Black Hills and move home to be closer to family to create strong lasting memories with those she loved. As always, a job to keep busy was needed.  She thoroughly enjoyed her time working at Sunshine Foods that allowed her to create many new friendships from long-time customers to high school students with whom she undoubtedly shared some of her humor and many lessons on life! The Sunshine Girls gave Peggy the opportunity to entertain guests which she loved.  Always up for an adventure, Peggy enjoyed traveling, especially with friends Catherine and Joan.  Her list of trips is long from a seventy-two-hour trip to Ireland for New Year’s 2000 and traveling in a van near the ocean in Nova Scotia. So many trips. Too numerous to cover.

However, with her worldly travels and many friendships, still her most precious time and energy was always devoted and focused on her grandchildren.  Whether long road trips to watch athletic events, organizing hotel Christmas parties, sleepovers or trips to the pool, zoo, or hundreds of other Grandma Gigi activities, she was always eager to be planning or attending the next game or activity!

Peggy was preceded in death by her parents, James and Noella; grandmother, Beryl (Nana); sister, Jeanie; and grandson, Travis.

To order memorial trees or send flowers to the family in memory of Margaret "Peggy" Mary Gubbrud, please visit our flower store.