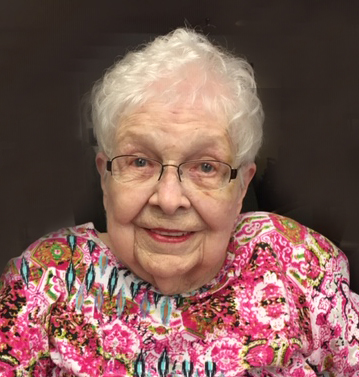 Public viewing will be from 1:00 p.m. to 3:30 p.m. Wednesday, June 17, 2020 at the Porter Funeral Home in Ireton, Iowa. A Private Family Service will be at 4:30 p.m. followed by the committal service at Pleasant Hill Cemetery. Rev. Michael Boothby of St. Paul’s Lutheran Church, LCMS in Ireton is officiating. It was 68 years ago on June 17th, 1952, when Marilyn and Melvin were married. The family prefers memorials be directed to St. Paul’s Lutheran Church or Lutheran Women’s League.

Marilyn Joyce Reid was born February 11, 1934 at Ireton, Iowa, the daughter of Charles and Lenora (Vlotho) Reid. She graduated from the Ireton High School in 1952. She married Melvin Torwelle on June 17, 1952 at the St. Paul’s Lutheran Church, LCMS in Ireton. They were the first couple to be married in the new church. They resided in Ireton until 1957, when they moved to Santa Monica, California. There they made their home with their new daughter Dawn. Marilyn worked full time as a Key Punch Operator for Douglas Aircraft. In 1962 their daughter Valerie was born. In 1967 the family moved back to Ireton. At this time, she was employed by the Ireton Post Office for 25 years until her retirement in 1992. After 54 ½ years of marriage, Mel passed away in October of 2006. In 2012 Marilyn became a resident in Hawarden at the Mica Hill Assisted Living and then Hillcrest Nursing Home.

Marilyn was an active member of the St. Paul’s Lutheran Church, LCMS, serving on the Altar Guild and in the church choir. She taught Sunday School after becoming confirmed in 1948.

Marilyn was preceded in death by her parents; husband, Mel; 2 brothers, Darrell Reid and Eugene Reid; and 2 sisters, Thelma Walker and Helen Ping.

The family wishes to thank the staff and caregivers at Mica Hill and Hillcrest Nursing Home for the love and care they gave to mom while she spent her final years there.

To order memorial trees or send flowers to the family in memory of Marilyn J. Torwelle, please visit our flower store.