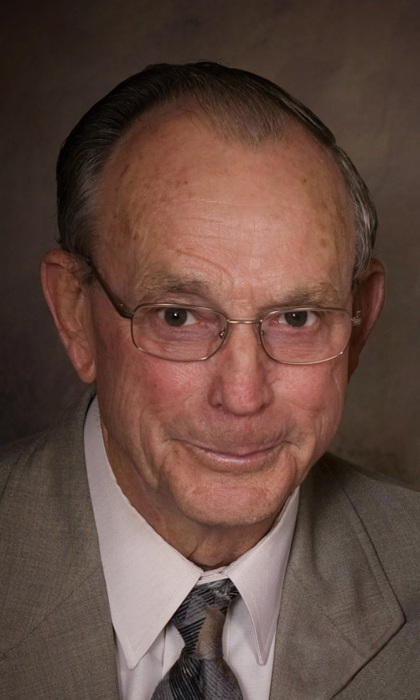 In lieu of flowers, the family prefers memorials be given to Hope Haven’s Wheelchair Ministry.

He met Alida Jongerius in Lester, Iowa and they were married on August 31, 1951 at Alida’s parents’ home. Bud and Alida settled on the family farm and were blessed with three children: Barry, Lyle and Brenda. Bud had a great love for farming. He was a crop farmer and for many years was also a dairy farmer. In addition to the dairy cows, Bud also raised hogs and some stock cows. While dairy farming, he was a member and voting delegate for AMPI (Associated Milk Producers Inc.). In July of 2000 they retired and moved to Rock Valley, Iowa.

In addition to farming, Bud and Alida loved to travel. They made many trips out west where they enjoyed the mountains. Bud also volunteered thousands of hours at Hope Haven for their Wheelchair ministry. Bud was repairing and working on wheelchairs until the very end. He was a member of  Bethel Reformed Church in Lester, Iowa for many years. After moving to Rock Valley Bud became a member of Faith Reformed Church.

He was preceded in death by his parents, Herman and Margaret; wife, Alida; son, Barry; four sisters; and one brother.

To order memorial trees or send flowers to the family in memory of Marion "Bud" John Van Engen, please visit our flower store.