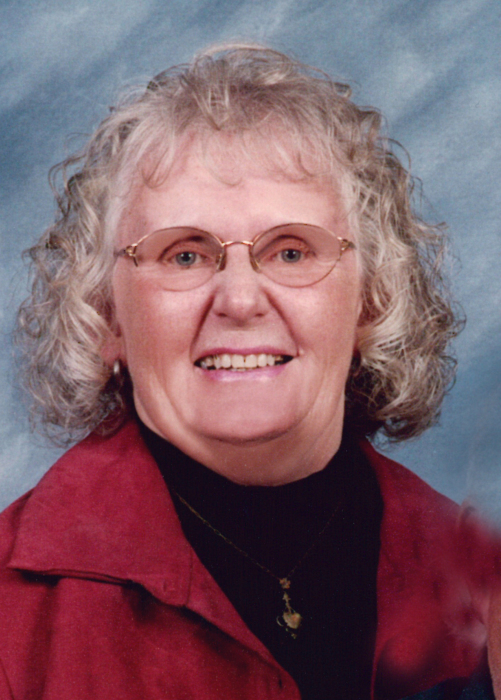 Funeral Service will be 11:00 a.m. Thursday, March 11, 2021 at Trinity Christian Reformed Church in Rock Valley with Rev. Stanley Groothof officiating. Following a luncheon,  burial will be at Richland Cemetery in Inwood, Iowa. Visitation will be after 2:00 p.m. Wednesday, with the family present from 5:00 p.m. to 7:00 p.m. at the Porter Funeral Home in Rock Valley.

The funeral will be livestreamed on the church website: trinitycrc.com. The family prefers memorials be directed to Kindred Hospice 1370 Lake Street Spirit Lake, Iowa 51360.

Marjorie Joan Boon was born April 5, 1939 at Inwood, Iowa, the daughter of Edward and Eleanor (Bahnson) Niemeyer. She graduated from Inwood High School in 1957. Marjorie was united in marriage with Arie Boon on July 26, 1957.  They lived in many different cities while Arie was in the Air Force, before settling in Rock Valley, Iowa. Marjorie received her degree as an LPN and later as an RN and was employed at Valley Manor Nursing Home in Rock Valley. She was the Director of Nursing at Pleasant Acres in Hull, Iowa before working at Hegg Memorial Hospital in purchasing. Her husband of 62 years, Arie, died on August 14, 2019.

Marjorie was a member of the Trinity Christian Reformed Church in Rock Valley and the Christian Motorcyclist Association (CMA). She enjoyed riding her Harley and playing Mrs. Claus, delivering toys to disadvantaged children. She found great joy in missionary trips to Haiti and spending time camping, traveling, and spending several winters in Florida.

To order memorial trees or send flowers to the family in memory of Marjorie Joan Boon, please visit our flower store.