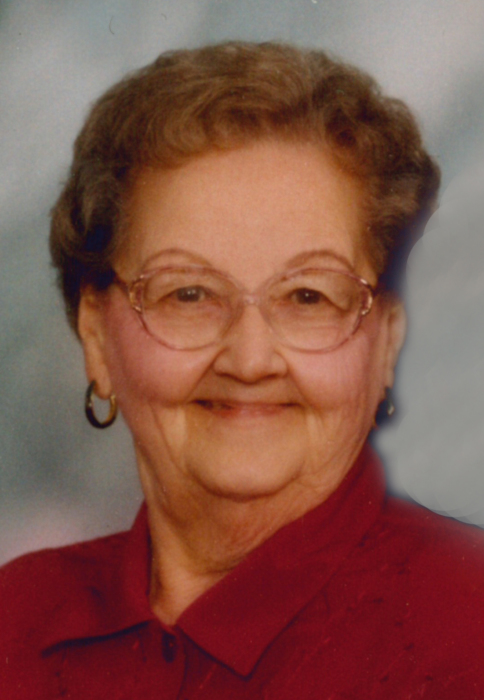 Funeral Service will be 11:00 a.m. Saturday, February 22, 2020 at the American Lutheran Church with Rev. Erma Wolf officiating. Burial will follow in the Grace Hill Cemetery.  Luncheon and social hour will follow at the church.  The Porter Funeral Home in Hawarden is assisting the family. Condolences may be sent to www.porterfuneralhomes.com.

Marjorie Mae Dagle was born in Sioux County, Iowa near Hudson, South Dakota on July 20, 1922, the daughter of Herman and Hertha (Thompson) Johnson. She graduated from the Hudson High School in 1939.  After attending teacher’s college, she taught in a one-room country schoolhouse.

She married Chester Dagle on December 27, 1942 at her aunt’s house in Cylinder, Iowa. Three sons were born to this union, Paul, Daniel, and Stacey. They made their home in the Hudson-Hawarden area before moving to Emerson, Nebraska. Together they owned and ran 5 and dime stores, with additional locations in Osmond, Wausa, and Plainview, Nebraska. They returned to Hawarden upon retirement.

Marge was a founding member of the Hawarden American Lutheran Church. She was also a member of the American Legion Auxiliary and was past President of the 9th District in 1960-1961. She was an avid crafter, card player, baker and conversationalist.

She is survived by her sons, Paul of Portland, Oregon and Dan (Livi) of El Paso, Texas; grandchildren, Evan (Sandra), Erin, Erica (Rob), Beth (Tom), Catie, and Clay (Ashley); 7 great-grandchildren; and many nieces and nephews.

She was preceded in death by her parents; husband, Chet; brother, Hubert Johnson and wife Hyacinth; sister, Lorraine Fredrikson and husband Jake; and son, Stacey.

To order memorial trees or send flowers to the family in memory of Marjorie Mae Dagle, please visit our flower store.