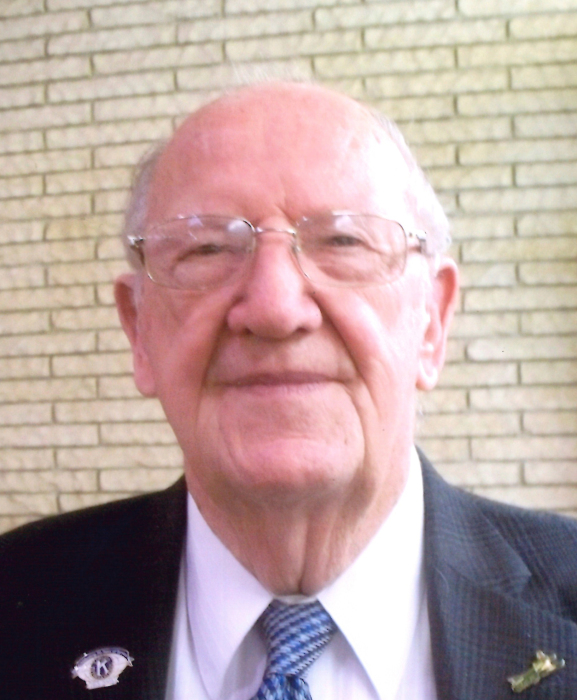 Inwood, IA: Marlo Wesley Hanson, 97, of Inwood, died Monday, September 28, 2020 at the Sioux Falls VA Health Care System. Funeral services will be held Friday, October 2, at 3:00 PM at Bethlehem Lutheran Church of Inwood with Rev. John Wolf officiating. Burial with military rites will follow at Richland Cemetery of Inwood. Visitation will be held prior to the funeral from 1:30-3:00 PM, Friday, at the church.

In lieu of flowers, the family prefer memorials be given to Fellowship Village of Inwood or Bethlehem Lutheran Church.

Marlo Wesley Hanson, son of Arthur C. and Emma (Helder) Hanson, was born August 13, 1923 on a farm near Inwood, IA. Marlo attended country school through the 8th grade. He then attended Inwood High School, graduating in 1941. He then attended Morningside College in Sioux City, IA for a semester in the fall of 1942. In March 1943, Marlo joined the United States Air Corp. He served as a B17 pilot during World War II. He was honorably discharged in June 1946.

On July 27, 1946, Marlo was united in marriage with Norma Jane Moen at Bethlehem Lutheran Church in Inwood. The couple welcomed four children between 1947 and 1957:  Paul, Debra, Jack and Barbara. Marlo worked in the farm implement business for most of his life. He retired from Case Power & Equipment in Missouri Valley after which they moved back to Inwood where he worked part-time at Moen’s Farm Store till he was 90 years old.

Marlo had a deep love for his family and cherished his time with them. He and Jane enjoyed traveling to visit family and relatives and sightseeing all across the country.  They attended as many of their children’s and grandchildren’s music and sports events as possible.  Marlo & Jane were proud charter members of Faith Lutheran Church in Orange City, IA in 1970.  When they moved back to Inwood, they once again joined Bethlehem Lutheran, serving on many boards and committees and singing in the choir.  Marlo was a member of the Inwood Kiwanis Club and the American Legion.

He was preceded in death by his parents, Arthur and Emma; wife, (Norma) Jane; great-grandson, Tucker; and brothers, Harland and Eldon Hanson.

To order memorial trees or send flowers to the family in memory of Marlo W. Hanson, please visit our flower store.