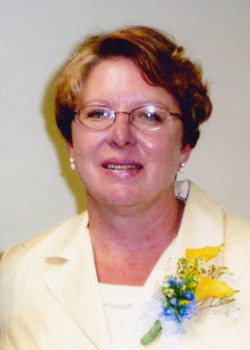 Memorial Service will be 10:30 a.m. Monday, November 5, 2018 at St. Paul’s Lutheran Church in Ireton, Iowa with Rev. Michael Boothby officiating. Burial of the cremated remains will follow at the Pleasant Hill Cemetery. A luncheon will be held at the Ireton Community Center following the inurnment. A Prayer Service will be 7:00 p.m. Sunday, at the St. Paul’s Lutheran Church. The Porter Funeral Home in Hawarden is assisting the family. Condolences may be sent to www.porterfuneralhomes.com. The Hoogland family prefers memorials be directed to the new Nature Center at Oak Grove Park north of Hawarden.

Marva Jean Hoogland was born April 28, 1958 in Newton, Iowa, the daughter of Clarence and Lois (Fopma) Van Kooten. She grew up in Pella, Iowa where she attended Pella Christian Schools and was on the honor roll for 4 years. Marva then attended Dordt College in Sioux Center, Iowa and graduated from St. Joseph School of Nursing in Sioux City, Iowa, attaining her BSN.

She married Kent Lee Hoogland September 27, 1980 in Pella. They made their home in and near Ireton, Iowa, and were currently finishing their new home north of Hawarden, Iowa. Marva was a staff RN at Hegg Memorial Hospital in Rock Valley, Iowa from 1985 to 1989. She then was the assistant Director of Nursing at the Valley Manor Nursing Home until 1993. Marva worked at Hillcrest Health Care Center in Hawarden until returning in 1996, and until her death, as the Director of Nursing at Valley Manor Nursing Home, currently called Whispering Heights. Marva was the driving force in changing how nursing home long term care would become more as a homelike environment for the residents. She was very devoted to the residents under her care and would often bring them to doctors’ visits or buy them necessary items of need. She was the brainchild for the Home Assist Program at Hegg Memorial. Her true passion in life was her family, her coworkers, and providing wonderful care to those living in the care facilities.

Marva was a member of the St. Paul’s Lutheran Church in Ireton. She liked to read, travel with her husband, work in the garden, and enjoyed country living. Marva would often make quilts and enjoyed going back to Pella for the Tulip Festival.

Marva is survived by her husband, Kent; three sons and their wives, Byron and April of Houston, Texas, Barry and Nicole of Ireton, and Blake and Caitlin of Harrisburg, South Dakota; six grandchildren, Addison, Brook, Rowan, Ryker, Madeline, and Jacob; her mother, Lois Van Wyk of Pella; and three sisters and their husbands, Cheri Bruxvoort and Kent of Fort Worth, Texas, Vickie Van Wyk and Marv and Kristin Reimer and Devin all of Pella.

Marva was preceded in death by her father, Clarence Van Kooten; and her step-father, Norman Van Wyk.

To order memorial trees or send flowers to the family in memory of Marva Hoogland, please visit our flower store.